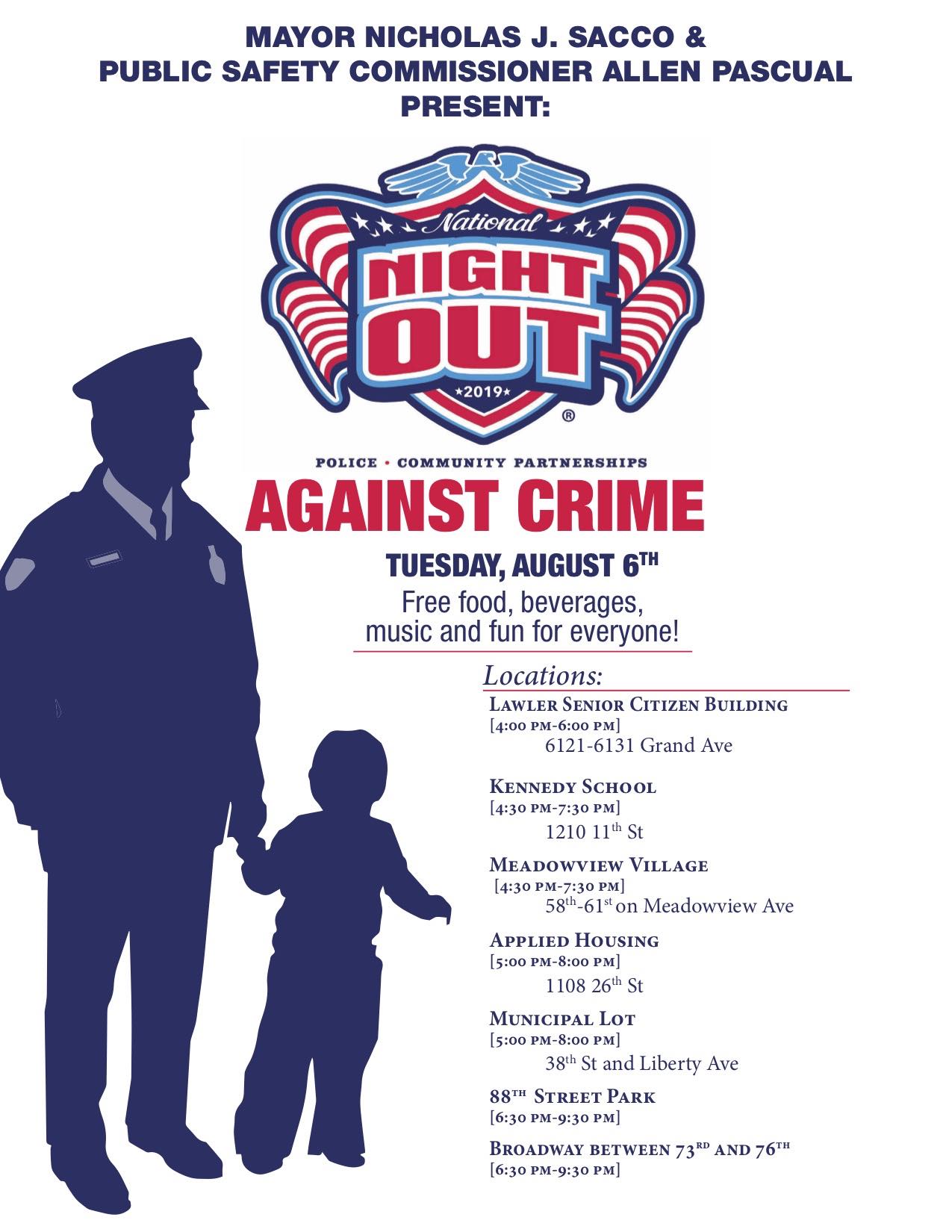 The National Night Out Against Crime tradition was established to bring together the community and the police department.