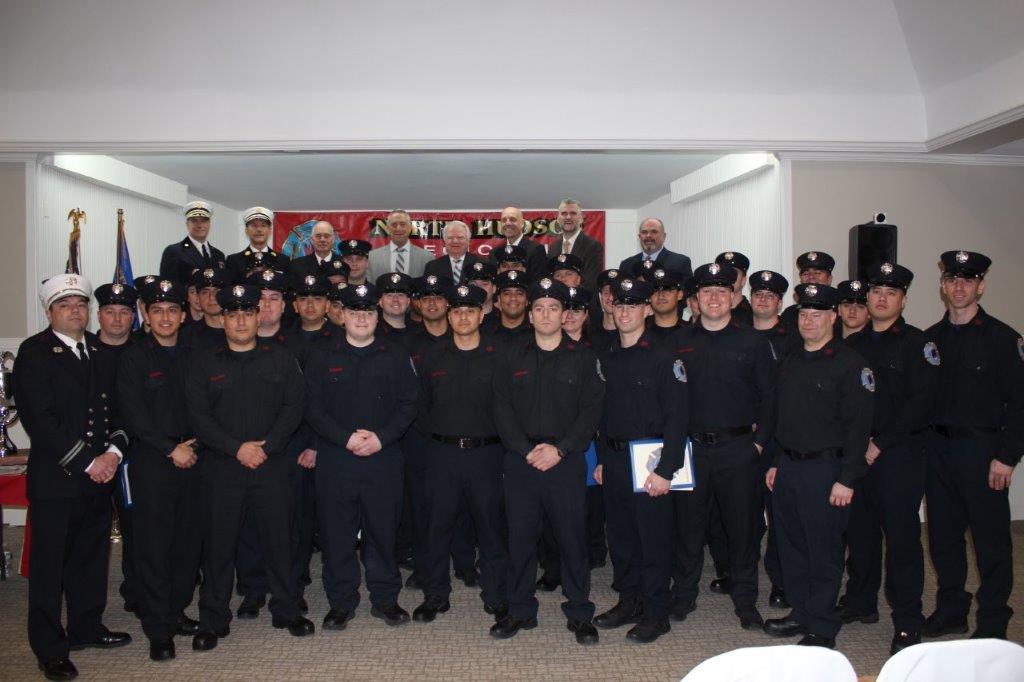 The North Hudson Regional Fire & Rescue swore in 37 new firefighters during a ceremony at Schuetzen Park in North Bergen on February 13th.  This is the largest class of recruits to be hired by the regional department that was organized in 1999.  In addition, four members were promoted to higher ranks.

Representatives of the five municipalities that comprise the regional department were on hand along with fellow firefighters, families and friends.

Chief of Department Frank Montagne swore in the new recruits and administered the promotional oath to the four members.

Nicholas A. Prato was promoted to battalion chief.  New fire captains are Joseph B. Gobin, Peter Mancini and Timothy P. Richards. They were sworn in individually, with the families present.

The new recruits were sworn in as a group, and later received their badges, individually, from Chief Montagne.  All of the new firefighters are military veterans.  Their training was overseen by Battalion Chief Alider Pratts, a US Marine veteran, himself.

Chief Montagne address the audience stating he was proud that the department has hired some 100 veterans in recent years.  They served their country and now continue to serve as North Hudson firefighters, he added.

Chief Montagne told the recruits that they are part of a young and aggressive department.

“Be a self-starter,” the chief said.  “Be award of your surroundings. No incident is routine.”

“Welcome to the North Hudson family,” he concluded.