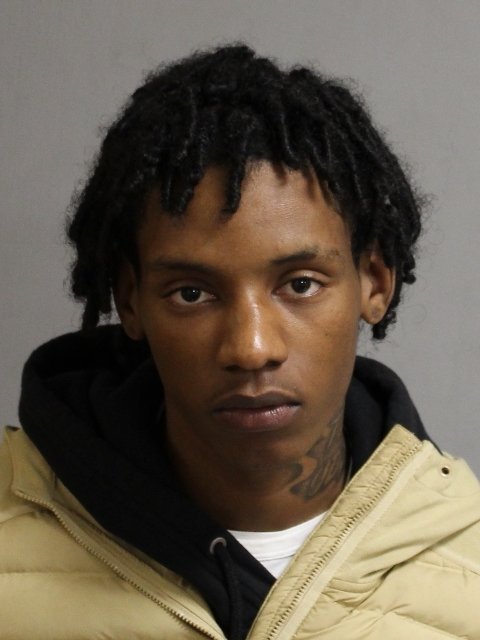 A second suspect has been arrested in connection to an attempted murder in Hoboken in early June.  According to Detective / Lieutenant Danilo Cabrera, 22-year old Marcus Johnson of Patchogue, New York surrendered to Hoboken Police at Police Headquarters at 5:30 this morning.

According to Cabrera, an arrest warrant for Johnson was issued on September 15, 2022 for his involvement in a shooting incident that took place on Monday, June 6, 2022 in the area of 4th and Jackson Streets.  Detectives John Quinones and Adam Colon developed probable cause to charge Johnson with criminal attempted murder; conspiracy to commit murder; possession of a weapon for an unlawful purpose, the weapon being a handgun; unlawful possession of a weapon; prohibited weapons and devices possession – a large capacity magazine; prohibited weapons and devices possession – hollow nose/dum-dum rounds; obstruction of the administration of law – obstructing a criminal investigation; and widespread injury or damage – recklessly.

Johnson was processed this morning and transported to the Hudson County Correctional Facility in Kearny.

Back on Friday June 10, 2022 at about 2:30 AM, Detectives from the Hoboken Police Department, along with members of the Hudson County Swat Team, executed a search warrant, as well as an arrest warrant, for 19-year old, Halim A. Gilyard of Hoboken.  The arrest took place at a residential apartment building in the area of 4th and Adams Streets.

Gilyard was wanted for the same shooting incident from June 6, 2022 in the area of 4th and Jackson Streets.  Detectives were able to identify Gilyard as one of the shooters from that night.  He was taken into custody without incident and transported to Police Headquarters where he was processed and charged with criminal attempted murder; possession of a weapon for an unlawful purpose; unlawful possession of a weapon; and causing or risking widespread injury.  He was then taken to the Hudson County Correctional Facility.

Anyone providing information may remain anonymous.

Both defendants are presume innocent until proven guilty in a court of law.