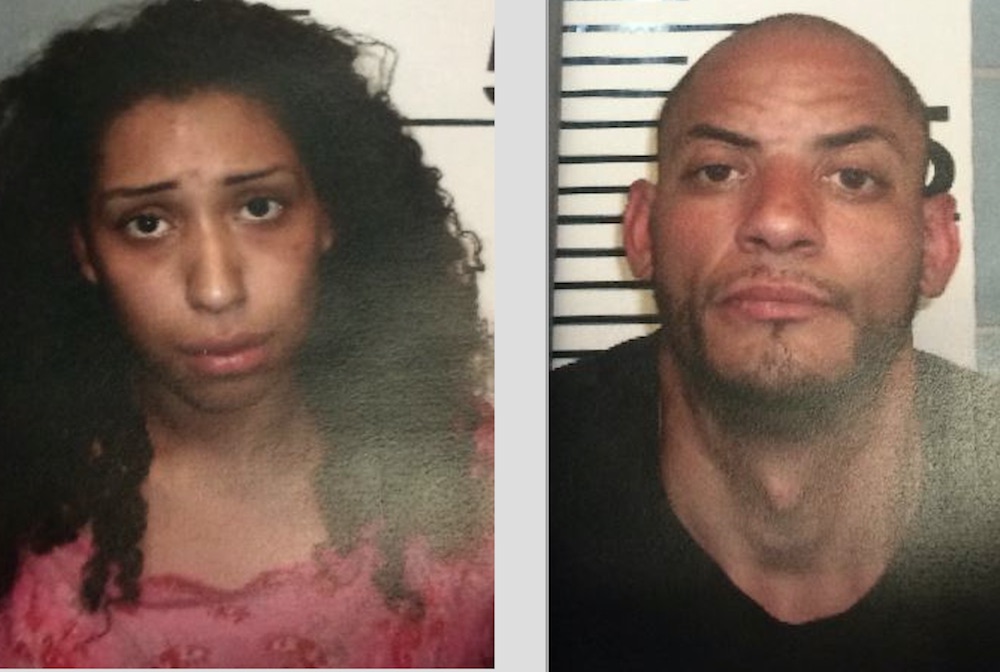 On Monday, June 06, 2016 at about 9 a.m. Port Authority police near the Holland Tunnel at 12th Street in Jersey City saw a Honda sedan with NJ plates. The Honda had a cracked windshield. Port Authority police stopped the Honda occupied by the two suspects . The female suspect was driving. The male suspect was in the front passenger seat. The driver was unable to provide a driver’s license nor could she provide an insurance card or registration. The male suspect did not have any form of identification. Both provided PA police with names that turned out to be false. The officer noted an odor of Marijuana coming from the Honda. The vehicle contained a bottle of suspected Methadone with a name other than the names provided by the suspects. A small amount of white powder in a baggie was recovered which the female suspect identified as cocaine. The female suspect had a hypodermic needle and 4 small baggies containing white powder residue. The female suspect was placed under arrest for Possession of Methadone. Their true identity was determined through fingerprints. The female had an active warrant from Atlantic County for Cruelty Towards a Child and a traffic warrant both from Atlantic County. Atlantic County confirmed they would pick up the female suspect from Hudson County jail. The male suspect had multiple aliases and was wanted on a NJ parole violation for Burglary. The auto was impounded.