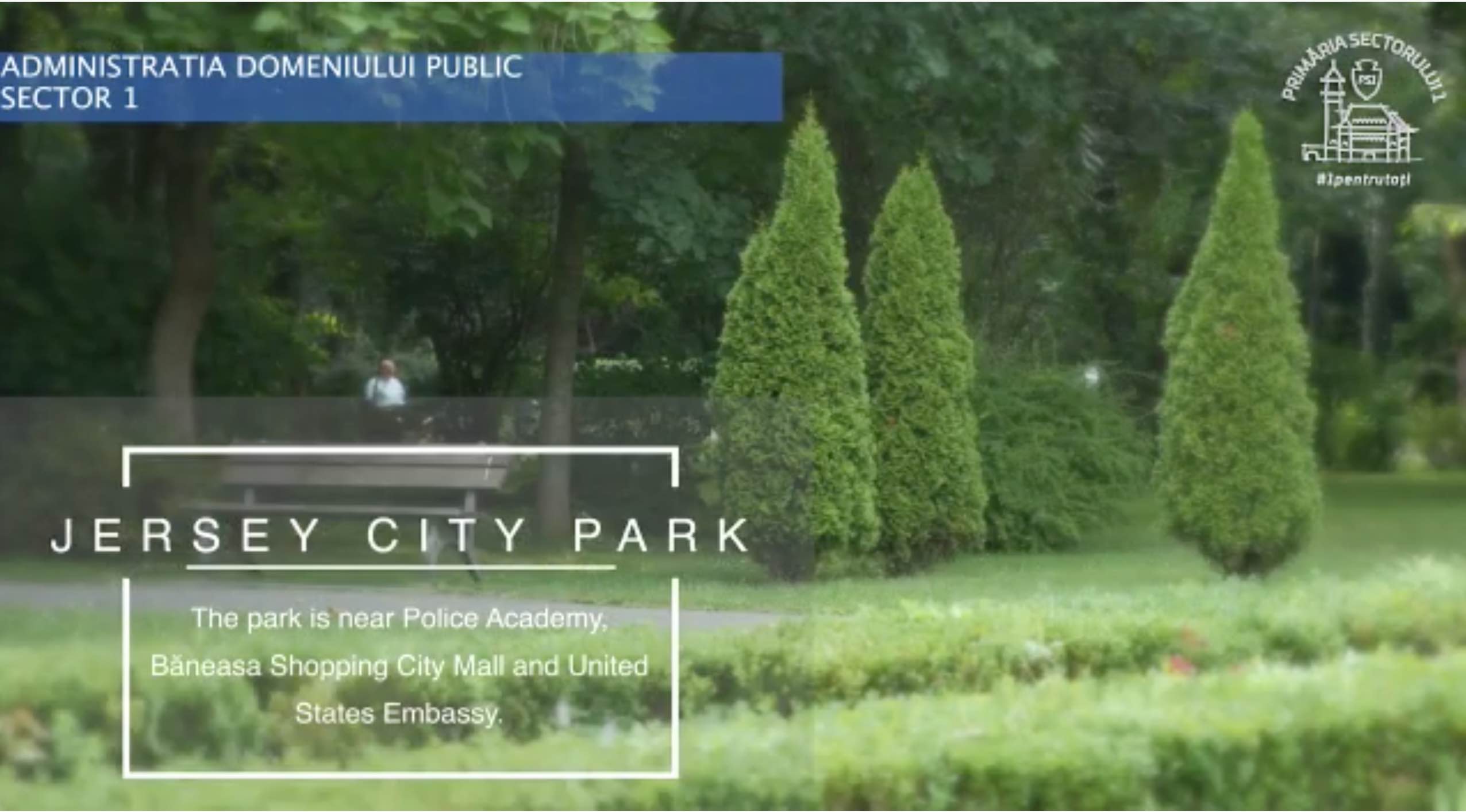 JERSEY CITY – Mayor Steven M. Fulop and the City of Bucharest announce the official unveiling of “The Jersey City Park” located in Romania’s Capitol of Bucharest.  The 10-acre park includes a children’s playground and picturesque walkways outlined by ornamental shrubbery as seen in this video release by the Honorary Consul of Romania.

“This is a grand gesture of friendship with our Sister City of Bucharest, and speaks to the growing relationship we look forward to continuing with them,” said Mayor Fulop.  “We are thankful to the residents and leadership in Bucharest for this park that now bears Jersey City’s name over 4,000 miles away.”

Situated in the North West portion of Bucharest off of Privighetorilor Alley, park visitors can utilize the children’s playground and stroll the nearly 10 acres of walkways and greenery which includes over 8,000 linear feet of decorative hedge, 540 planted trees, and various species among of the 870 shrubs found throughout the park.

Jersey City and Bucharest signed an agreement to become Sister Cities in August of 2018.  A Sister City is a formal agreement between two municipalities to promote cultural and a mutually beneficial partnership as an act of peace and to encourage commercial trade and tourism.

The Jersey City Park is surrounded by the Baneasas Forest with the Police Academy, Zoo Bucuresti Baneasa, Baneasa Shopping City Mall, and United States Embassy nearby.  With thousands of people from Romania currently living within Hudson County, Mayor Fulop says he plans to return the grand gesture here in Jersey City.

“Playgrounds were not something Romania traditionally had when I grew up there, so it is a great improvement for Bucharest to have a partner like Jersey City that’s so advanced,” said Daniela Sarbu, Jersey City resident and Owner of Café Esme. “I’m thrilled Jersey City has connected to my home country of Romania and is a part of its development boom currently underway.”

Mayor Fulop recently hosted a delegation of elected officials from Romania during their trip to the United States, and has been formally invited to meet with the Prime Minister of Romania, Viorica Dancila, on Monday, September 23rd during her visit to New York. There he will present Romanian officials with the City of Jersey City flag to fly within The Jersey City Park.

Bucharest is the largest City of Romania and the Country’s capitol located in the southern part of the country.  Known for its massive landmark, the communist-era Palatul Parlamentului government building boasting 1,100 rooms, the City is the 10th most populous European city by population. An arts, culture, and commercial hub, Bucharest is home to over 1 million residents and is a destination for many more.