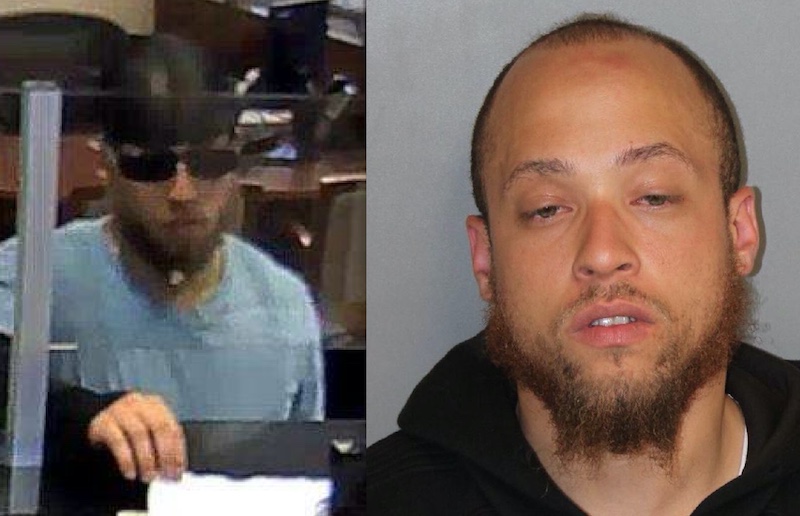 Quentin Morales, a/k/a “Quinton Morales,” 25, is charged by criminal complaint with four counts of bank robbery and one count of attempted bank robbery. He appeared Aug. 3, 2016, before U.S. Magistrate Judge Joseph A. Dickson in Newark federal court and was detained. Prior to his arrest Morales was one of Newark FBI’s most wanted bank robbers.

According to the complaint, Morales robbed, or attempted to rob, the following New Jersey banks:

At each bank, Morales presented a note demanding cash from bank tellers. During the July 13, 2016, robbery, for example, Morales handed the teller a note which stated: “You are being robbed. Give me all your large bills. No alarms. No dye packs. You got 10 seconds.” On at least two occasions, Morales said he had a gun and urged bank tellers to hurry. He was apprehended on Aug. 2, 2016, by officers of the N.J. State Parole Board.

Each bank robbery or attempted bank robbery charge carries a maximum potential penalty of 20 years in prison and a $250,000 fine.

U.S. Attorney Fishman credited special agents of the FBI’s Violent Crimes/Interstate Theft Task Force, under the direction of Special Agent in Charge Timothy Gallagher in Newark, with the investigation leading to the charges. He also thanked the N.J. State Parole Board and the Kearny, Elizabeth, Kenilworth, Linden, Clifton, Union Township and Newark police departments, as well as the Essex County Prosecutor’s Office for their efforts in the investigation and apprehension of Morales.

The charges and the allegations contained in the complaint are merely accusations, and the defendant is presumed innocent unless and until proven guilty