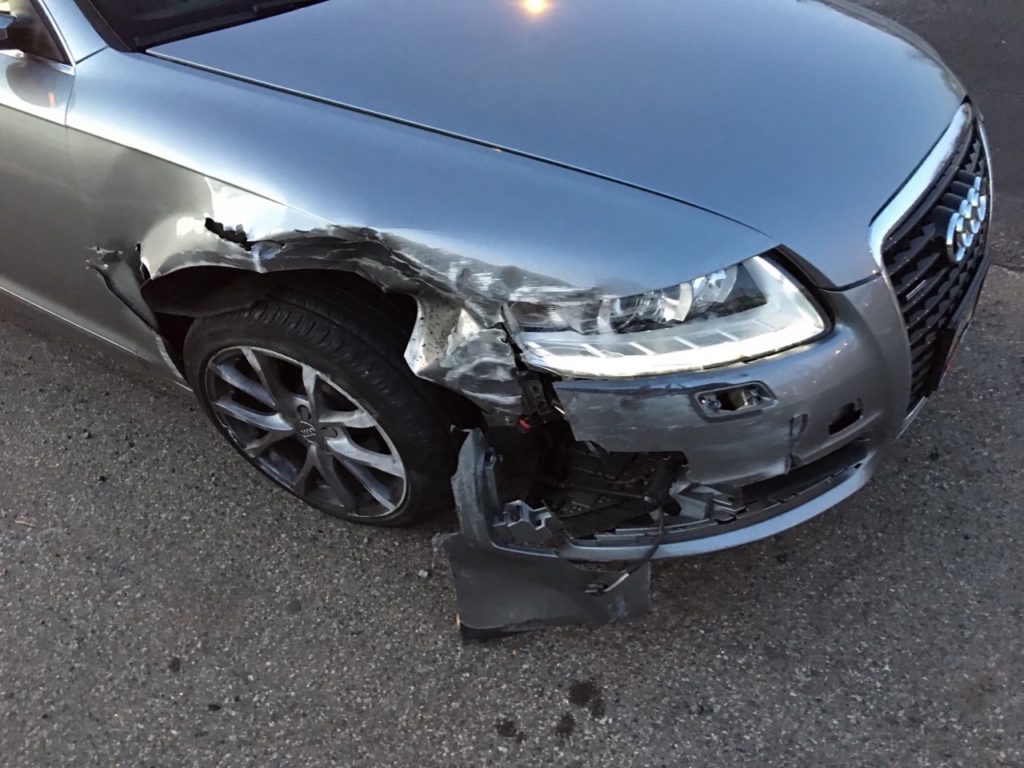 At about 5 :45 am on 4/17/2016 Port Authority Police arrived at the scene of a damaged and disabled 2006 Audi on the Outerbridge roadway NJ bound. The Audi was running and the vehicle showed significant damage to the front end. An opened partially consumed bottle of rum was in the passenger compartment. Port Authority Police interviewed the driver whose speech was slurred and he was unsteady on his feet. The driver was administered a sobriety test and he failed.
The Suspect’s vehicle was towed from the scene.