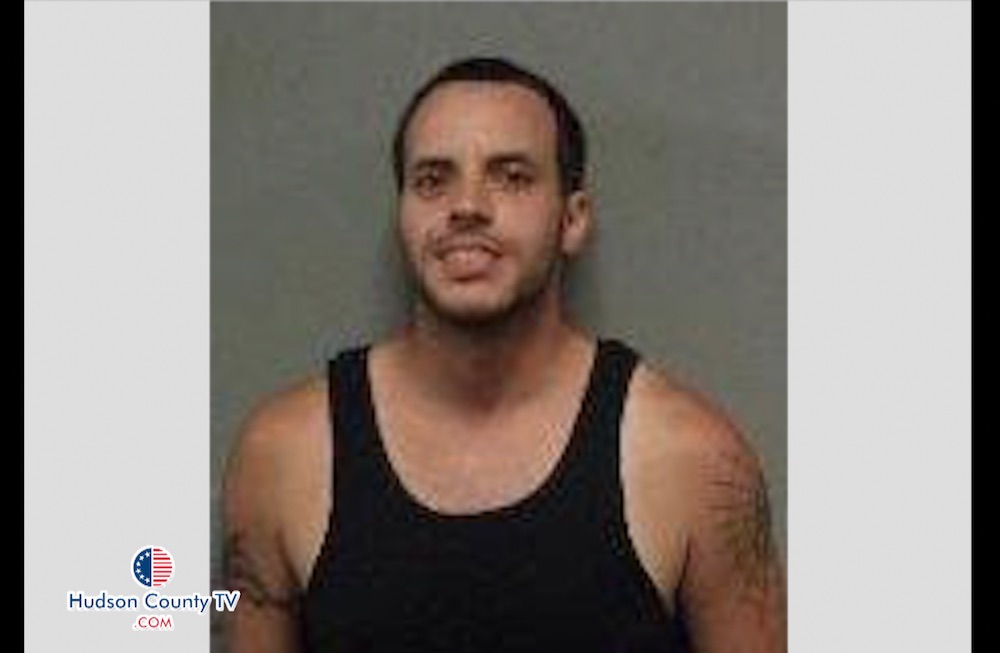 At about 7:30 pm on 6/29/2016 Pot Authority Police Officer Evangelos Mageros was on foot near the Holland Tunnel entrance in Jersey City.  The officer saw a Grey Nissan sedan (2007)driven  by the suspect go in reverse and strike a BMW positioned behind him online to waiting to enter the tunnel. The engine of the suspects’ car was racing .

The suspect’s car then moved forward and struck the car in front of him, a Kia. Officer Mageros ordered the suspect to stop but he refused. The suspect continued to have his car in drive and apply the accelerator but he could not move forward as his auto was pinned by the Kia.  Another PA Officer joined PO Mageros and they were able to open the suspects driver’s side door  and remove the suspect and put his auto in the Park position.  The suspect struggled with the Officers injuring one Officer. That injured Officer sustained an injury to his right shoulder and was treated at Jersey City Medical Center and was later released.  The suspect admitted to having smoked marijuana prior to the collisions. The suspect was arrested. His license had been suspended multiple times. The auto he was driving was reported stolen from West NY, N.J.

None of the other drivers were injured

Unlawful Taking of a Motor Vehicle