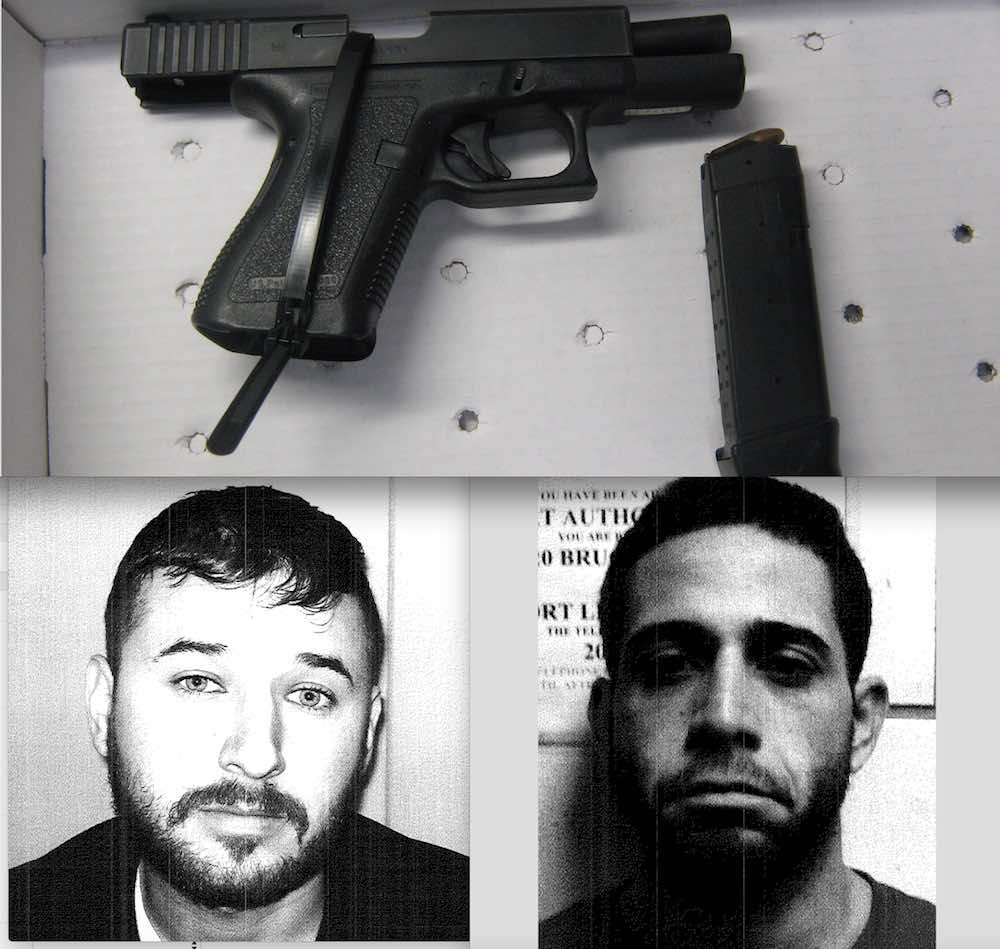 On 12/8/2016 at about 10 a.m., Port Authority Police Officer Brian Ahern, on duty at the George Washington Bridge, received information about a vehicle and persons wanted for a reported kidnapping, possibly heading toward the GWB. The vehicle described was a 2014 Toyota Camry with Georgia plates occupied by three men, possibly armed.  Officer Ahern and Officer James O’Neil took up positions near the toll plaza and soon saw the described car with Georgia plates. They positioned themselves behind the Toyota, confirmed that it was the car in question, and they pulled the vehicle over.  There were two men in the front of the auto and one in the rear seat.  All three men were removed. The passenger in the right front seat was later identified as the victim.

A loaded 9 mm Glock pistol was recovered from the car.  The victim, a 39 year old man from Gwinnett County Georgia, informed police that he was the victim of a kidnapping and was driven from GA to NY against his will by the suspects. The victim reported that he had been stabbed in his left leg before they began the drive to New York.

The victim was removed to Englewood Hospital for the wound to his left leg.  The car was impounded and the two men were placed under arrest.

They are lodged in Bergen County Jail, Bail was set at $2 million each.  Westbound traffic on the upper level of the GWB was stopped for about 15 minutes in connection with the arrest.