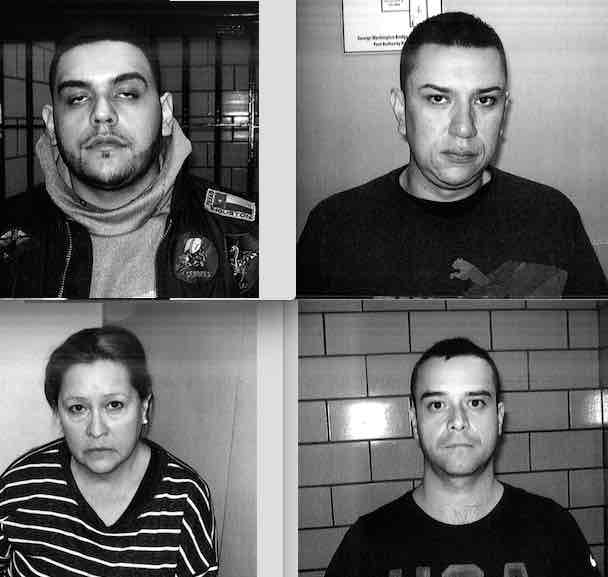 At about 7:15 p.m. on Saturday October 29, the suspects were seen in a 2005 Honda Pilot northbound on the lower level of the GWB.  At that time PA Police saw the Honda change lanes just before the lower level toll plaza without signaling. PA Police pulled the suspects over for the traffic violation.  The driver was unable to provide any documents such as a registration or an insurance card. He stated he did not know the name of the vehicle’s legal owner. The driver/suspect #1 stated that the female suspect was his mother, but he “did not know her name.”  All suspects were removed from the auto. Inside the vehicle were several large shopping bags containing clothing (sneakers, a $1,200 leather jacket, slacks) with the anti theft devices still attached.  None of the suspects could provide receipts for the merchandise.  In total, the price tags totaled $10,800 and 2 large shopping bags lined with metal tape, commonly known as a “booster bag.” These bags are commonly used to defeat commercial establishment’s anti theft devices.   All suspects were placed under arrest.