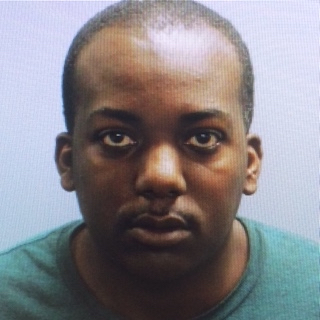 On May 16th around 2:21 pm  Port Authority Police Officer Leonel Gonzalez affected the arrest of a Florida resident, a male 37 yrs old, for possession of a forged instrument (fake Insurance card).  Suspect Mr. Jean LaFortune, returned to the GWB Command to have his vehicle released from the impound lot after a prior arrest.  Mr. LaFortune presented another officer with a valid registration and license plate, but presented a fake insurance card.  PO Gonzalez recognized the suspect from the 1st arrest (see attached photo) while in the GWB lobby..  An examination of the documents by PO Gonzalez, revealed that the insurance card was fraudulent.  The suspect was arrested by PO Gonzalez.

Additionally, he was arrested for Theft of Services/Toll Evasion in excess of $6,000.

PO Gonzalez was the arresting officer.