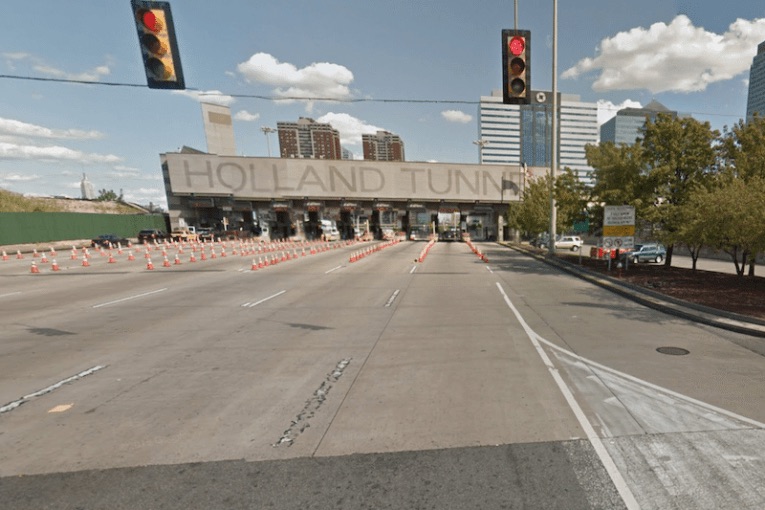 At about 6:45pm on 5/2/2016  Port Authority police arrested a suspect driving a 2009 Lexus in the toll plaza of the Holland Tunnel. While standing at the toll plaza the officer detected a strong odor of marijuana coming from the interior of the Lexus. The officer pulled the vehicle over and the driver  was unable to produce a driver’s license . A computer check determined that the license plate on the vehicle did not belong on that auto. The computer check also showed that the driver’s license  had been revoked. A search of the auto yielded a yellow pill called Alprazolam. A digital scale with marijuana residue was also found. The driver was arrested and the Lexus impounded. He is identified as a Mr. Javon Shipman-35 of Brooklyn NY. He was charged with Possession of Controlled Dangerous Substance, Suspended license, Fictitious Display, Unregistered Vehicle and Driving without insurance.

Earlier, two New Jersey men were arrested by Port Authority officers from the Holland Tunnel for driving with suspended licenses. The first, a Mr. Charles Quiroz-45 of Lyndhurst, NJ  had three suspensions  on his driver’s license. He was driving a box truck when he was pulled over by Port Authority police and arrested at about 3:45 pm on May 2. He was charged with Aggravated Unlicensed Operation of a MV

A second man from Plainfield, NJ was arrested by Port Authority police near the Holland Tunnel at about 4:40 p.m. after it was determined his driver’s license was suspended five times. He was identified at a Mr. Efrain F. Cartagenadenenau-28. He is charged with Aggravated Unlicensed Operation of a MV.