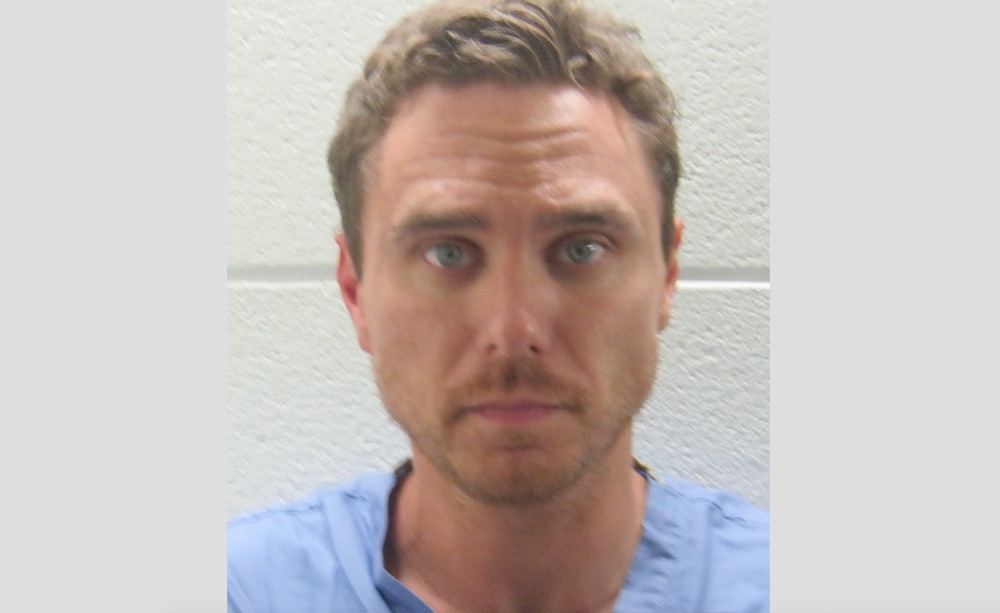 At about 9:15 p.m. on 9/20 Port Authority police saw a blue 2012 Mustang traveling westbound on the NJ Turnpike extension in Jersey City. The officers were traveling in the same direction as the Mustang and saw the vehicle scraping along the cement barrier as it traveled on the roadway.  The officers tried to get the driver’s attention by using the PA Police car’s overhead emergency lights and siren.  The driver appeared to be convulsing and was unresponsive.  The Port Authority police car was then positioned in front of the Mustang and the Mustang made contact with the police car, stopping.  When PA police approached the Mustang the driver was unresponsive and breathing faintly. Officers broke the passenger window of the Mustang to gain entry. The vehicle was placed in park and the ignition shut off. The driver was unresponsive and an ambulance was called.  EMTs arrived and reportedly administered Narcan to the suspect. The suspect was then placed in the ambulance and removed to Beth Israel Hospital. A small glassine envelope containing a white powdery substance was recovered.  The suspect’s vehicle was impounded.  The PA police car was operable and driven from the scene.

Charges: Possession of Controlled Dangerous Substance in a MV, DUI