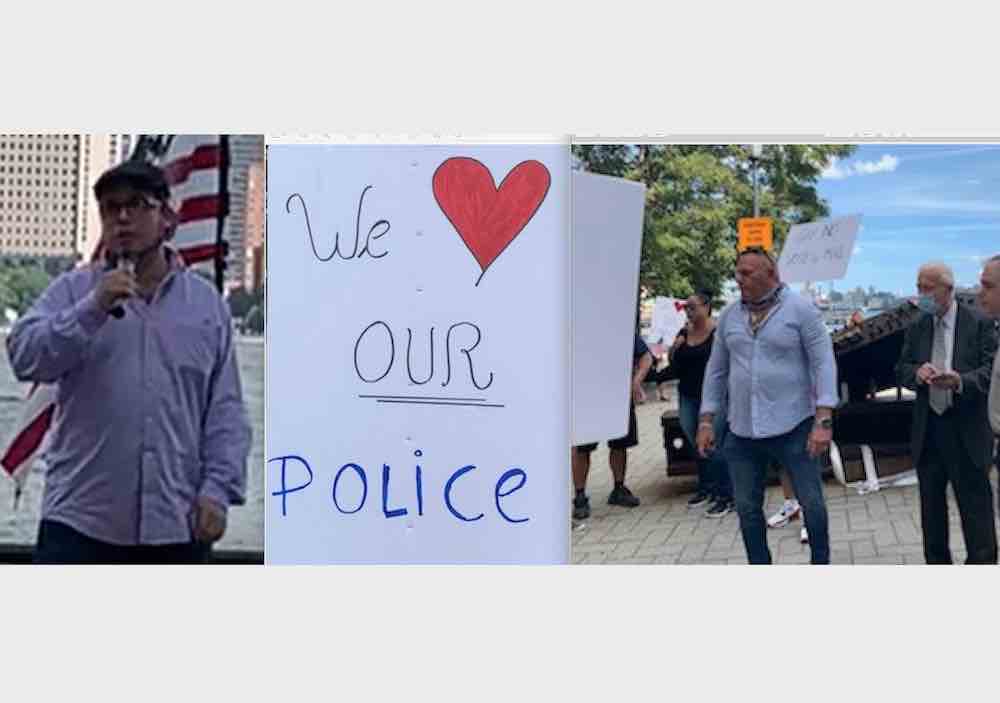 Jersey City, NJ – Patriots and law enforcement supporters of all types gathered Saturday, September 12, at the 9-11 Memorial in Jersey City at approximately 2pm to honor the heroism of police and service personnel. Counter to the currently popular, but fundamentally wrong, demonization of police and uniformed public service personnel perpetuated by some of the media and political extremists advocating for the abolition of the police – the rally sought to highlight the bravery of American’s in uniform and the challenges they face from the wave of systemic rioting and looting sweeping cities across the nation.

The rally was organized by Thomas Gunns and Marta Corcoran and featured Democrat and Republican speakers from Hudson County. Jersey City Mayor Steven Fulop was in attendance but did not speak. Jersey City Ward C Councilman Rich Boggiano, retired Jersey City PD and Democrat, spoke at the rally and said, “we have to support the police and this whole issue of defunding has to stop … I’m loyal to the police, fire, EMS and I always will be.”

Joshua Sotomayor Einstein, NJ GOP State Committeeman spoke at the rally. Sotomayor Einstein stated that, “Americans of every color and creed are walking away, leaving behind the BLM – Antifa mobs. Americans demand an end to destruction and are holding accountable hypocritical local politicians for fanning the flames.”