On June 9, 2014 The Jersey Journal reported that a body was found in a wooded area of Braddock Park in North Bergen.

At the time, authorities called it a homeless encampment and said that the body was located inside the park near the lake. 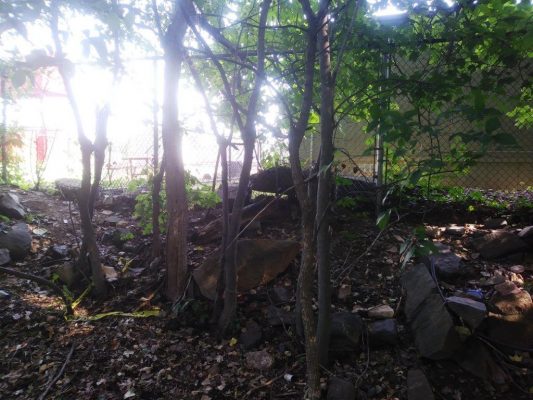 Robert Walden says it was most likely in the small stand of woods just a few feet behind North Bergen Preschool. The North Bergen resident recently wrote a Letter to the Editor of Hudson TV about the deplorable conditions there.

According to Assistant Hudson County Prosecutor Gene Rubino, the man’s body showed no outward signs of trauma and they did not suspect foul play.

Rubino says the name of the man, in his early 50’s was withheld pending notification of his family.

North Hudson Regional Fire and Rescue carried the body out of the wooded area into a waiting vehicle.

Walden also provided Hudson TV with the photos attached to this story showing a hangout with a fireplace ready to light, and a water bottle. He says close by is a ton of litter.

“I would estimate this to be about 150 feet behind the last trailer of the Preschool, the trailer closest to the football field scoreboard,” Walden says.

“Just behind this trailer, next to the fence, you can also see some yellow police tape.”

A 38-year-old encampment resident, Demetrio Cardoza, says about 7:30 or 8am he found the body face-down in a puddle.

“It appears the man had been drinking,” Rubino says, citing the preliminary investigation.

“He was a nice guy,” Cannoh Camey Pasqual told The Jersey Journal.

The 40-year-old Cliffside Park resident was at the scene and had just seen the man in May of 2014. 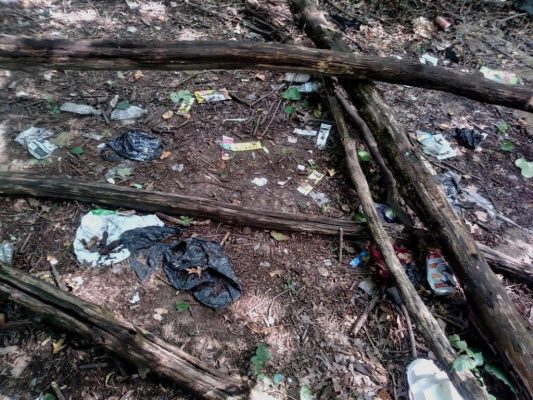 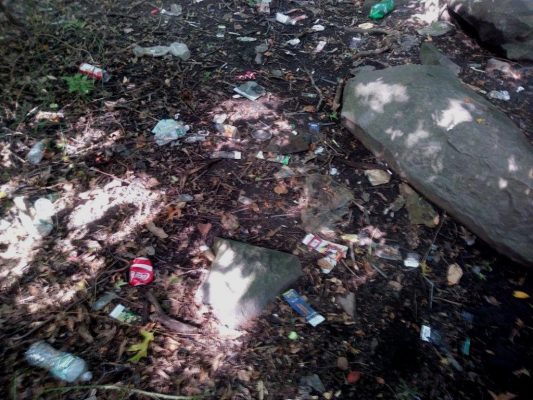 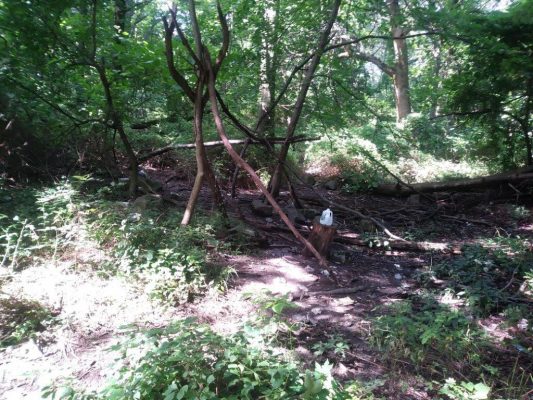 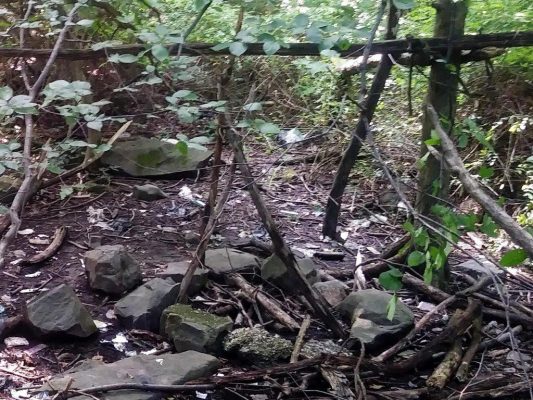 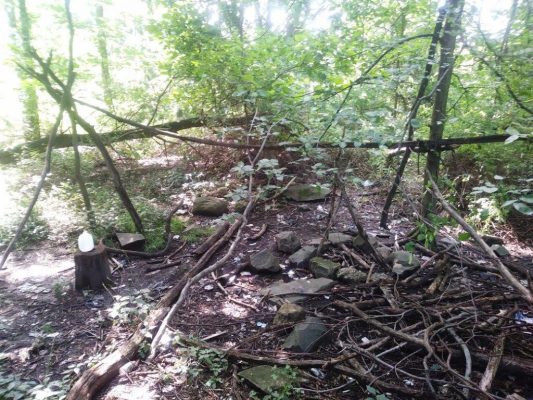