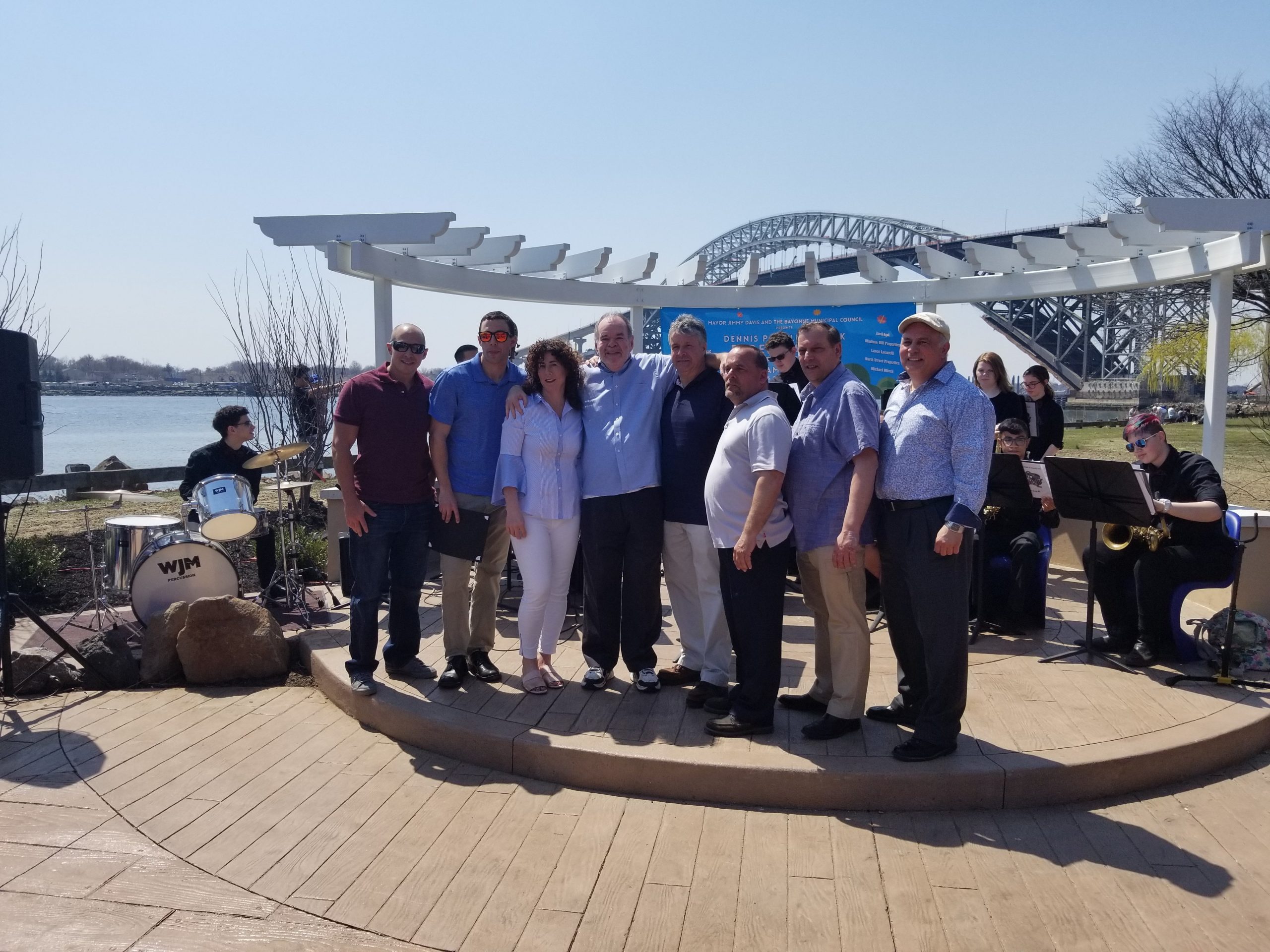 On Saturday, April 14, the City of Bayonne held a rededication ceremony and a day of events to celebrate the renovations at Mayor Dennis P. Collins Park.   The park is located between 1st Street and the Kill Van Kull. It is named after Dennis P. Collins, who served as Mayor of Bayonne for four terms from 1974 to 1990.

At the rededication ceremony in the park, Mayor Collins’s family was represented by his son, Ed Collins, and the late mayor’s grandsons, Chris and Glenn Stanul.  The master of ceremonies, First Ward Council Member Tom Cotter, explained that more than $1.7 million in renovations have taken place at the park during Phase I of park improvements.  Phase II will take place next year, Cotter said. Establishing the park was the idea of Mayor Collins, Cotter said, and “we are continuing that vision.”

Speaking at the ceremony, Mayor Jimmy Davis recalled Mayor Collins as having been “a consummate gentleman.”  Mayor Davis said that Collins was the first mayor he could remember.  When he was growing up in downtown Bayonne, Mayor Davis remembered portions of the current park as having been nothing but “overgrown brush” before the park was developed. Mayor Collins obtained funding and assembled various parcels along 1st Street to create what is known today as Mayor Dennis P. Collins Park.

After being introduced at the ceremony, Ed Collins said that he was “overcome by emotion” and was “overwhelmed by the crowd and the festivities.”  He credited his father with having the vision behind creating the park.  Mr. Collins recalled growing up across the street in his parents’ apartment in Building 14 of the veterans’ housing project.  He remembered his father as a man “who loved Bayonne,” and who spoke of his “plans and dreams” for the community.  On behalf of his family, Ed Collins thanked everyone for coming to the celebration and for “keeping Bayonne on the right track.”

Council Member Cotter thanked all of the celebration’s sponsors and the organizations that participated in the day’s events.

At the end of the ceremony, there was a ribbon-cutting to mark the opening of the renovated areas of the park.  City officials and members of the Collins family took part in cutting the red “Grand Opening” ribbon.