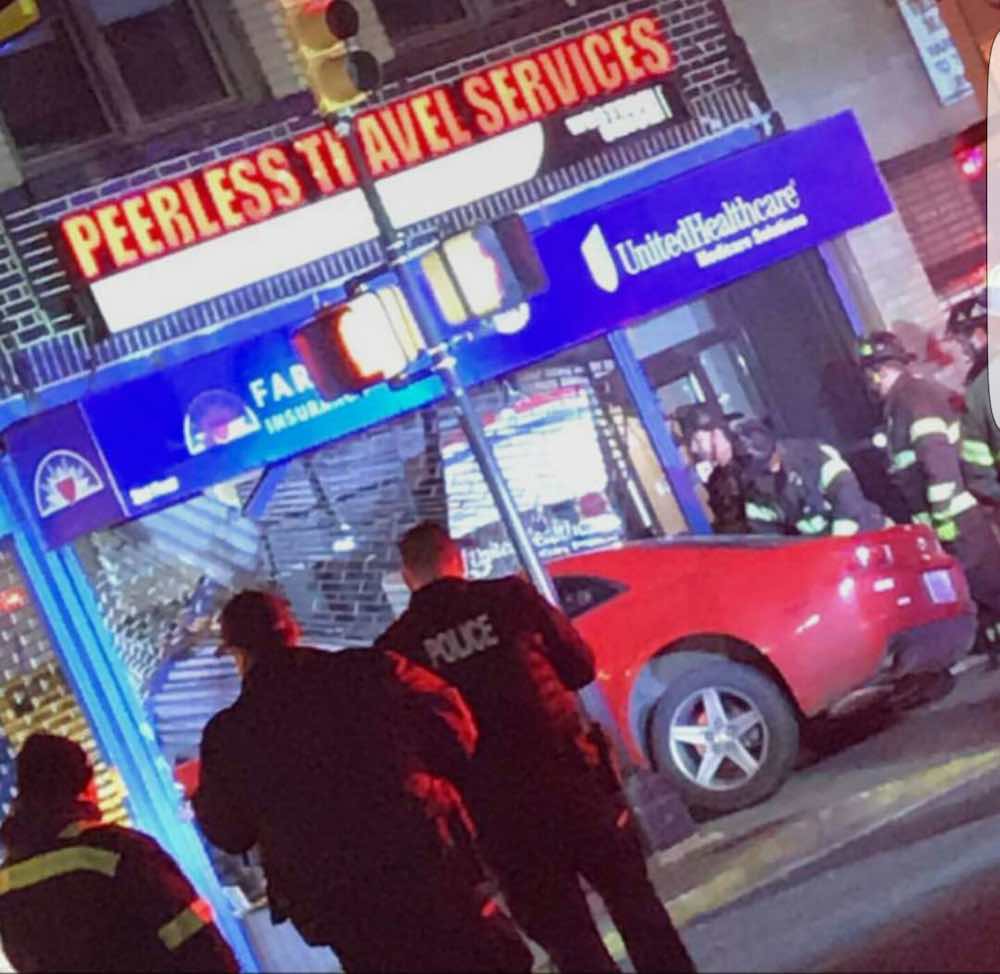 Breaking News Networks reported that a car slammed into a building in the area of the 56 block of Bergenline avenue in West New York around 9pm to 9.30pm last night.

West New York Police officials said that a Vehicle had a mechanical issue and the driver lost control causing the driver to hit the building. No injuries. Driver was issued a summons for failure to have no insurance.

Richard Alvarez posted the image of the incident in a west new york facebook page.