“Soon as I got here I saw a lot of cops rushing, running into the building, like someone fainted or something,” says Jason Alvarez of West New York. “Didn’t think it was this serious.”

West New York Police were dispatched to 5608 Palisade Avenue after receiving a call from a building superintendent, who reported that he noticed something suspicious and then found a dead man in an apartment.

“The pressure cooker thing in New York and now you hear about this, so it is really scary,” says West New York resident, Azra Yucel.  “Honestly, I would like to move out of here as soon as possible.”

Officers found the body of 57-year-old Randall Goya of West New York, who was pronounced dead at approximately 7:15 p.m. at the scene. Goya resided in the apartment where he was found dead.

“Feel endangered.  My apartment — like the house next to my house somebody just died,” says Edwin Clarin of West New York.

The cause and manner of death are pending determination by the Medical Examiner’s Office and they’re treating it as suspicious.

“This is kind of like the final straw,” Yucel says.  “Especially living in the apartment (building);  it’s a scary thought.”

The Prosecutor’s Homicide Unit is actively investigating and detectives are looking for a person of interest in connection with the suspicious death.

If you’ve seen this man 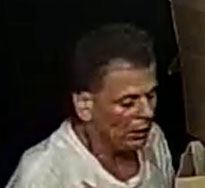 or you have any information, contact the Hudson County Prosecutor’s Office at 201-915-1345 or leave an anonymous tip on their website at:
www.hudsoncountyprosecutorsofficenj.org/homicide-tip/ . All information is kept confidential.