Captain Mark Flores from the West New York Police Department has received a proclamation from Mayor Felix E. Roque, MD & the Board of Commissioners upon the occasion of his retirement from the department after 28 years of service.

Police Director Bob Antolos sent us the following statement: “I would like to wish retired Capt. Mark Flores good luck in retirement. I have worked with Capt. Flores his whole career and also consider him a friend.  Capt. Flores was an extremely efficient and effect leader during his career on the West New York Police Department. He has helped the department by his vision and commitment to the police department and the community through his years of service and I salute him.” 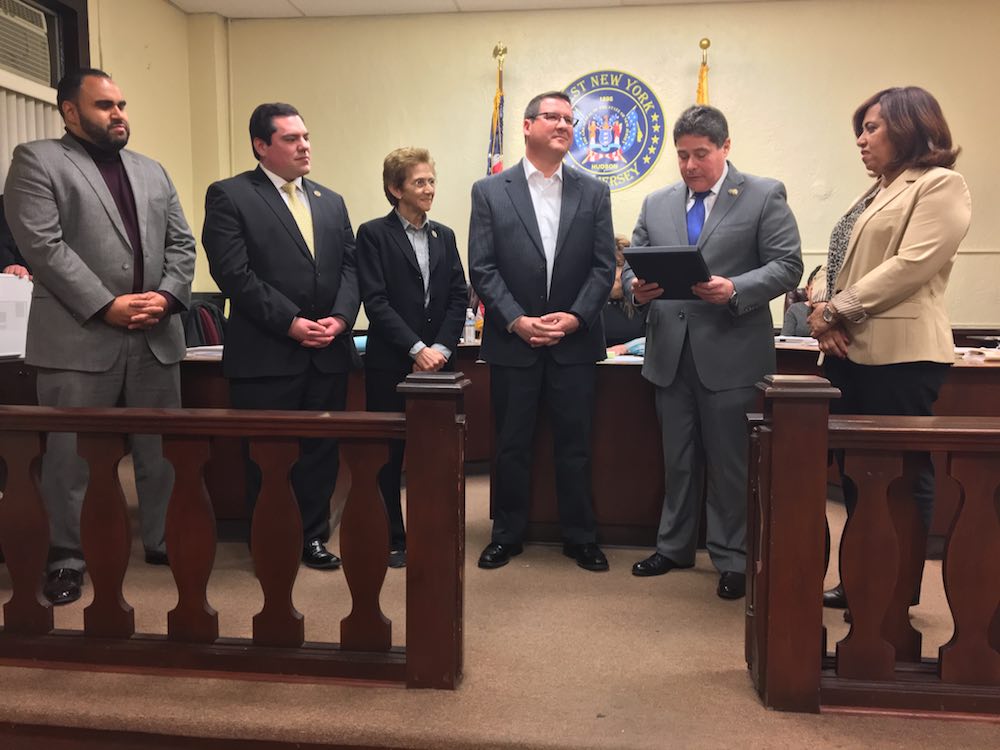 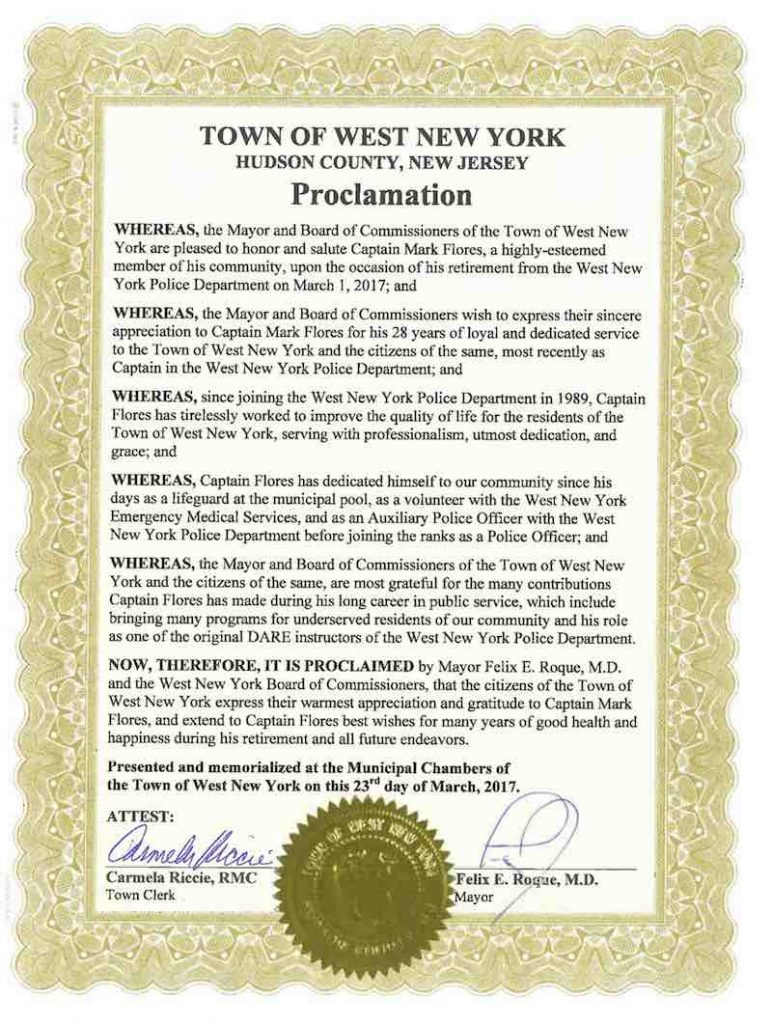