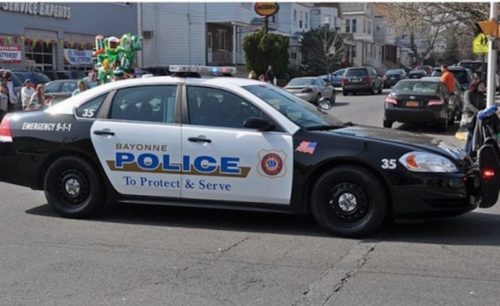 30-year-old Sadhi Saweris from Bayonne was arrested on June 27th after a road rage incident almost ends with a Police officer struck.

Saweris was taken into custody from Pulaski St, East of Rt 440 at 1148hrs. A driver approached a Police Officer at that location to report a road rage situation involving Saweris.

Saweris allegedly struck the drivers car window in anger. When the officer approached Saweris’ vehicle (Honda 52000) he was agitated and uncooperative. When Saweris was directed to continue on his way eastbound he revved the engine, put his vehicle in reverse and turned the wheel in a way that vehicle would have struck the officer had he not jumped out of the way.

The officer pursued the vehicle on foot as it reversed away and was able to detain Saweris after a struggle. Saweris continued to struggle with the officer as he was being handcuffed.

Saweris was found to be in possession of marijuana and drug paraphernalia. The Honda S2000 was impounded for being used in the commission of a crime. Several my summons were issued including reckless driving, failure to comply with officer’s instructions, improper backing and CDS in a MV.