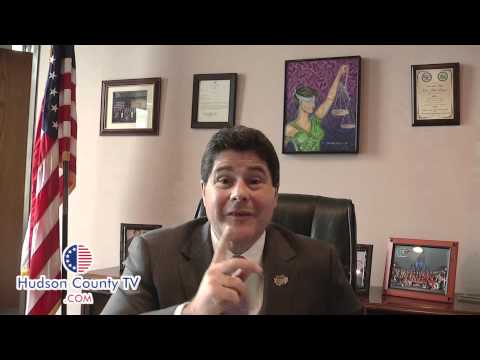 Mayor Abdicates Leadership & Calls for Next Administration to Handle Critical Recreation Improvements
West New York, N.J. — Wednesday night’s West New York Board of Commissioners meeting outraged many longtime residents present after Mayor Felix Roque and his lone ally on the board refused to vote on a capital funding ordinance to renovate three local parks, thus preventing the Town from moving forward on these much-needed and worthy projects.

“Mayor Roque’s action is completely irresponsible and demonstrates a lack of leadership and a complete inability to make decisions that benefit the residents of this community,” said Gabriel Rodriguez, Commissioner of Public Safety. “It is especially troubling that Mayor Roque would pass the buck onto the next administration, as he said, rather than make a decision. This is exactly why West New York so desperately needs new leadership in May and why I know residents have had enough of the chaos and reckless irresponsibility of the Roque administration.”

The ordinance would have allowed the Town to bond nearly $2.8 million (offset by $1.5 million in State and County grants) to make major improvements to Miller Stadium, McEldowney Field, and Centennial Field. Part of the cost would have been defrayed by county and state grants, which may no longer be available due to Mayor Roque’s refusal to act.

“We could lose $1.5 million in grant money if we fail to act now. This money will offset the cost of the improvements, in a few months the opportunity may be gone,” said Commissioner of Public Affairs, Cosmo A. Cirillo. “It is truly a shame that the children of our community may have to suffer because Mayor Roque wants to kick the can down the road. I hope this is further confirmation to all residents that Mayor Roque must be defeated in May.”

Commissioner of Revenue & Finance, Margarita A. Guzman, who was personally involved in drafting the plan, added: “I’m so disappointed with Mayor Roque’s vote and his refusal to do the right thing for our children. They deserve modern, safe parks and recreation facilities and it is disgusting that the Mayor is putting his own political grudge ahead of their best interests.”

Commissioners Rodriguez, Cirillo and Guzman are part of a five-person slate of candidates known as New Beginnings West New York. The three incumbent commissioners will be joined by Victor M. Barrera, a former Senior Citizen Affairs Coordinator for the Town of West New York; and Yoleisy Yanez, a Supervisor of Special Education at the West New York Board of Education and longtime educator of children with special needs.