The President of the Booster Club Elena I Ratti (38) has been charged with allegedly stealing in excess of $25,000 worth of Booster Club funds between July of 2015 and August 2016, Captain Miller from Secaucus Police Department said in a “internal” press release that was leaked to Hudson TV and later shared to the press by Secaucus PD.

According to it, in July 2016, the Board of education contacted Secaucus Police and stated there was suspicious activity involving the Secaucus Patriots Buster bank account and Elena I Ratti was the sole controller of the account.

It is alleged that Elena I Ratti utilized the money to pay her personal bills. She was charged with 3rd degree Theft of Moveable Property.

According to the press release, Chief Flaherty said the following: “These types of investigations take time and patience, but the community needs to remain confident that the Secaucus Police Department will fully investigate all complaints”.

The new press release states that Elena I Ratti was arrested on March 8, 2017.

Secaucus PD just released information about this incident a few minutes later after we published this article. 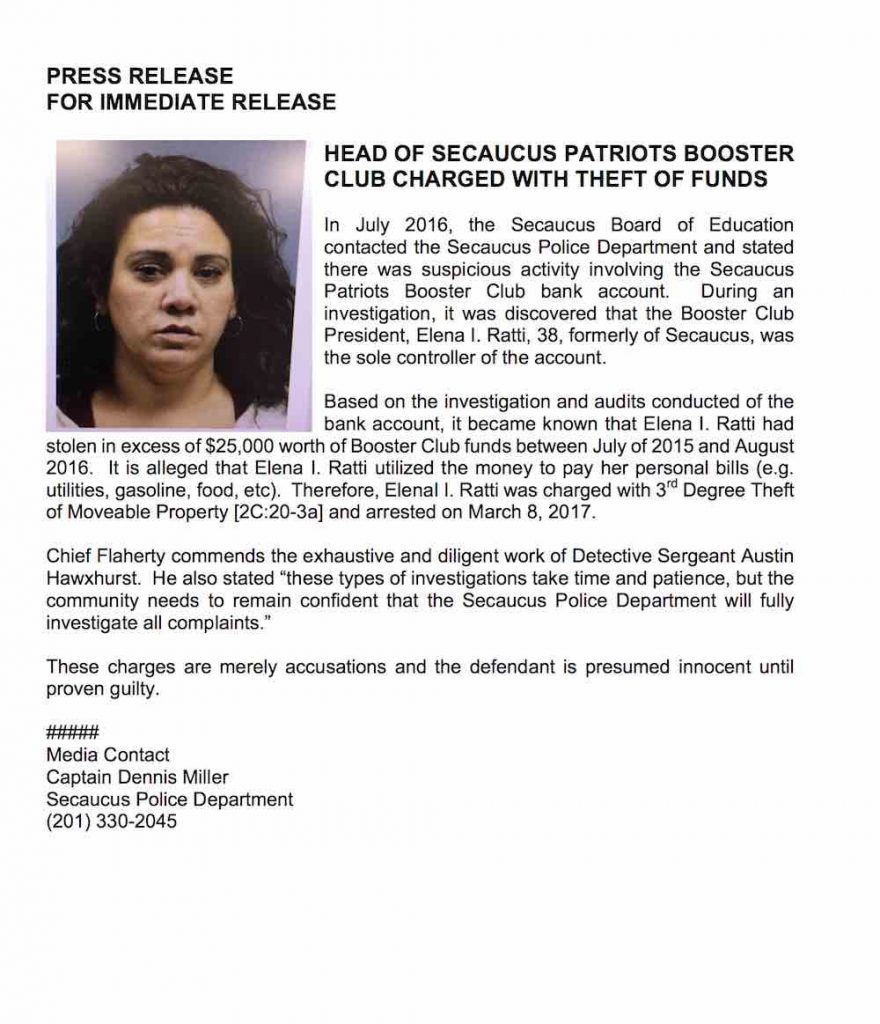