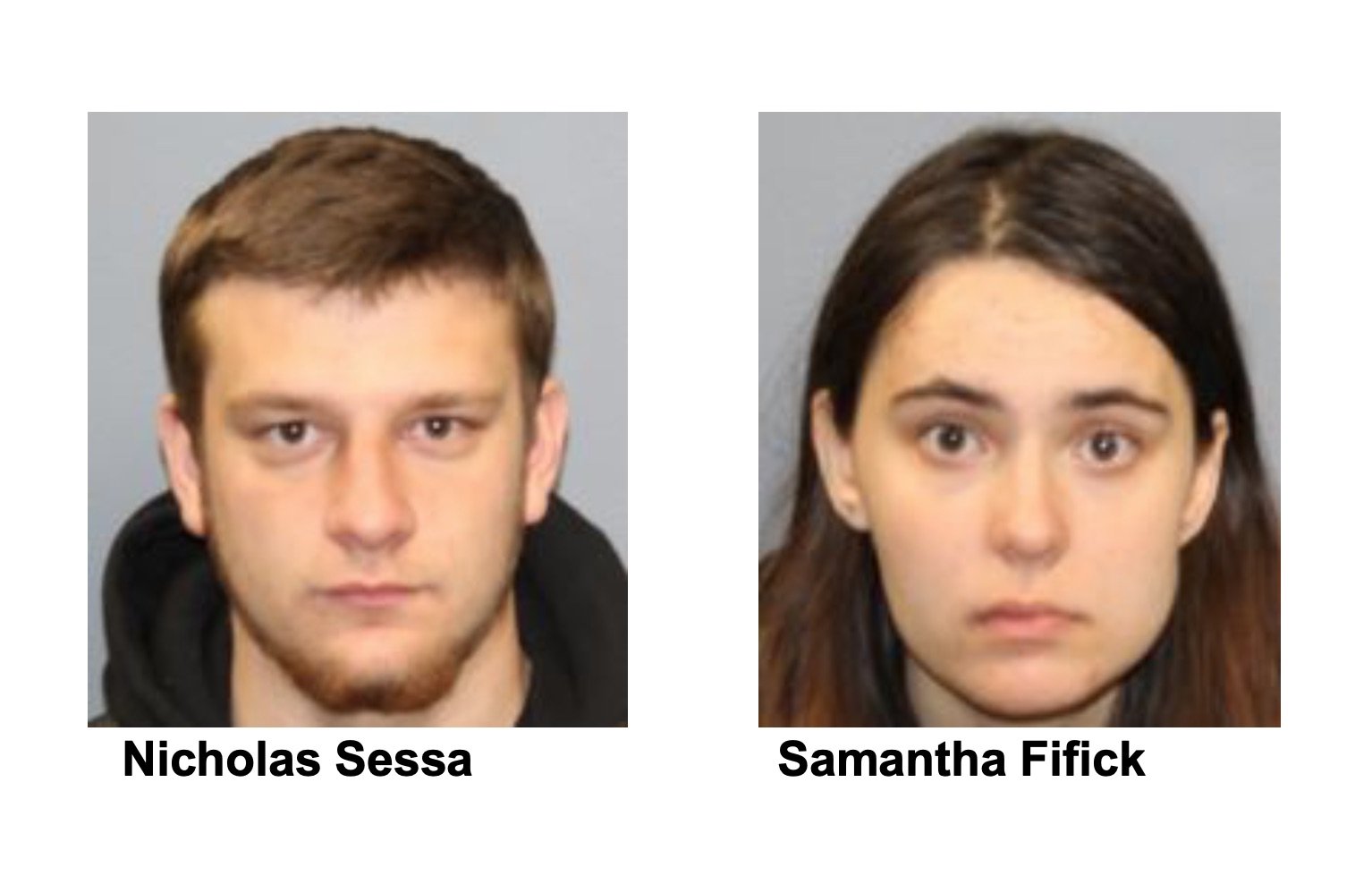 On April 29, 2019, the Secaucus Police Department received several reports from residents of the “North end” section of the Town that their vehicles were burglarized during the overnight hours of April 28th into the 29th. All of the vehicles entered were apparently left unlocked. Some of the proceeds from the burglaries was US Currency, jewelry, sets of keys and cigarettes. From one of the unlocked vehicles, the burglar(s) used a garage door opener to open a secured garage of a residence on Elizabeth Court and burglarized another unlocked vehicle parked within.

On April 30, 2019, Police Officer Jude Masullo was patrolling the area of Radio Avenue at approximately 1:30 A.M. He observed a suspicious male and female in this residential area plagued by vehicle burglaries the night before. Police Officer Masullo spoke with these individuals who were later identified as Nicholas Sessa, 18, of Wildwood, NJ and Samantha Fifick, 18, of Edison.

During the inquiry, both Sessa and Fifick were found in possession of what was believed to be stolen property from some of the vehicles the night before. With the assistance of other members of the Secaucus Police Department Patrol and Detective Divisions, enough evidence was mounted against the duo to determine they were responsible for nine reported vehicle burglaries and the burglary of Elizabeth Court garage.

Anyone with additional information on these vehicle burglaries or if they did not initially report their vehicle was burglarized can contact the Secaucus Police Detective Division at (201) 330-2052 or detectivedivsion@secaucus.net.