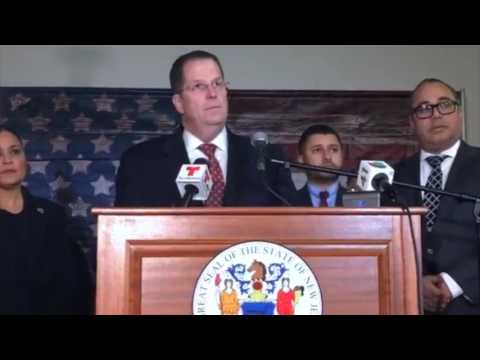 He has wholeheartedly condemned the terrorist attack in New York City as horrific and now Union City’s mayor, Sen. Brian Stack opens up about this latest act of hate against the American people.

“The attack in Lower Manhattan yesterday was deplorable and horrendous,” Stack says. “My thoughts and prayers are with the victims and their families.”

The mayor calls it an act of cowardice and says it is his hope that the crimes committed are adjudicated swiftly and some justice is brought to the victim’s families who are suffering a tragic and senseless loss.

“Yesterday’s attacks in New York City were the deadliest since 9/11,” Stack says. “Media reports indicate it was planned for weeks and carried out in the name of terrorism.”

The attacker was said to be residing with his wife and children in nearby Paterson.