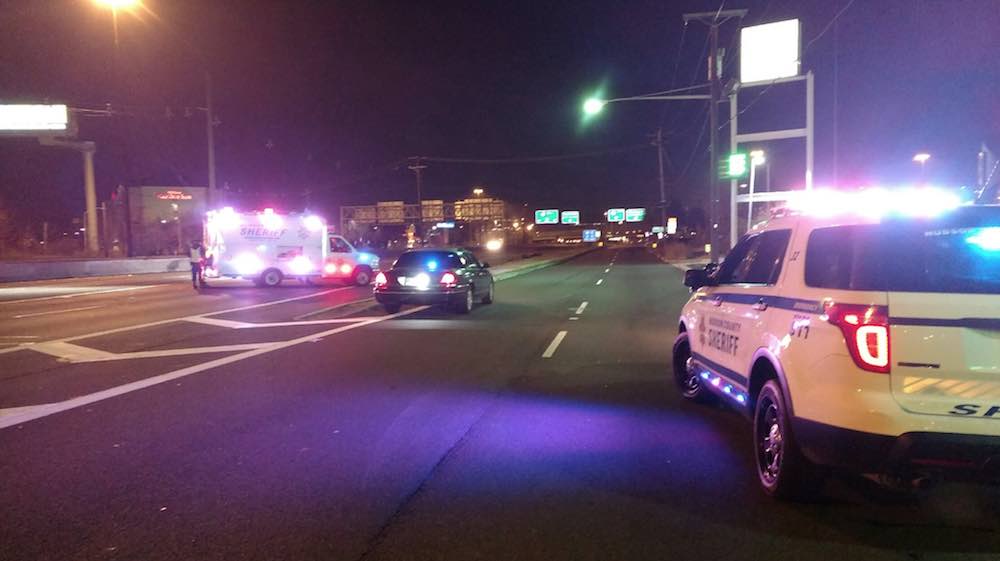 “At approximately 12:30 AM this morning, the Secaucus Police, North Bergen Police and Hudson County Sheriff’s Office responded to a serious car crash on RT-3 Westbound near RT-495.

First arriving units found part of a car engulfed in flames and an injured man lying on the grass median that separates RT-3 West and the RT-3 West Service Road.

Sheriff’s Crash Investigators have determined that a 2007 Corvette, driven by Gerald Beljko, 23, of Tenafly, lost control of his vehicle at the RT-1&9/RT-3 merge.

The Corvette jumped a curb to the grass median that separates RT-3 East and West, crashed into two telephone poles, knocking one down, and then the corvette disintegrated.

Mr. Beljko was ejected from the wreck of the car and rolled across RT-3 and eventually ended up on the median.

What remained of the chassis of the corvette burst into flames and came to rest near the Paterson Plank Road overpass on RT-3 West.  Beljko was transported by EMS to Hackensack University Trauma Center with serious injuries, he remains hospitalized, pending surgery to his left arm.

Hudson County Crash Investigators believe that high speed is a factor in this crash.

The section of RT-3 West was closed for 4 hours while Crash Investigators worked the scene.  Investigators have not yet determined if any other vehicles were involved in the crash.

No charges have been filed at this time and crash remains under investigation.

We are asking if anyone witnessed this crash, please contact the Hudson County Sheriff’s Office Crash Investigation Unit at 201-915-1300.”