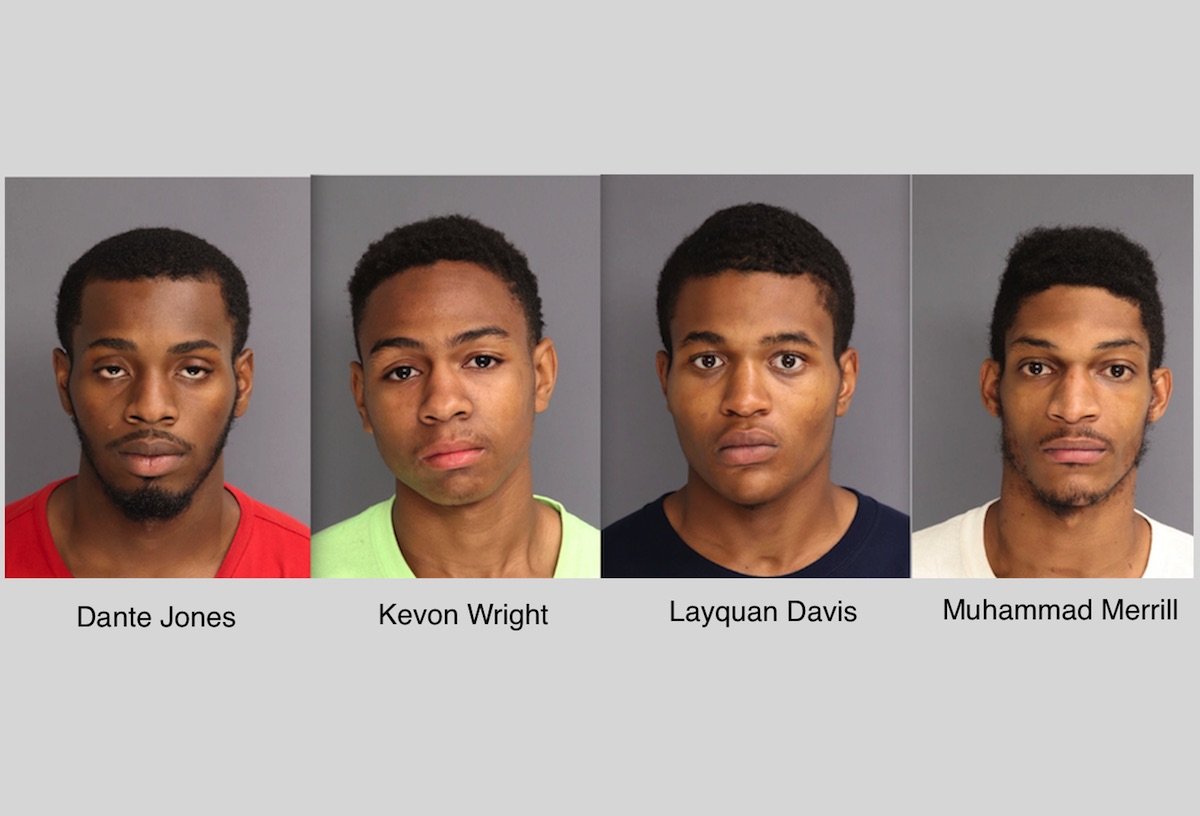 On Aug. 1 and Aug. 2, Dante Jones, 18, Kevon Wright, 18, Omari Shomari, 18, Ismeal Merrill, 25, Muhammad Merrill, 21, and Layquan Davis, 18, all of Newark, were charged with second degree conspiracy to receive stolen property, according to Assistant Prosecutor Joseph A. Giordano, who is handling the case.

It is alleged that the crew stole the following:

“As we celebrate National Night Out Against Crime today, everyone should be mindful that they can decrease the rate of auto burglaries and theft in this State by locking their vehicles and taking their car keys or fobs with them,’’ said Acting Essex County Prosecutor Robert D. Laurino.

Four of the defendants  —  Jones, Wright, Muhammad Merrill, and Davis — were arrested during the execution of search warrants.

Ismeal Merrill and Shomari have been entered into the FBI’s National Crime Information Center (NCIC), the electronic clearinghouse of crime data used by law enforcement nationwide to locate and apprehend fugitives.

In addition to the receiving charges, Davis was charged with possession of a control dangerous substance (200 grams of marijuana and one deck of heroin).

The Merrills were charged with credit card thefts for allegedly using stolen credit cards belonging to the registered owner of the Alfa Romeo at a WalMart in Kearny.