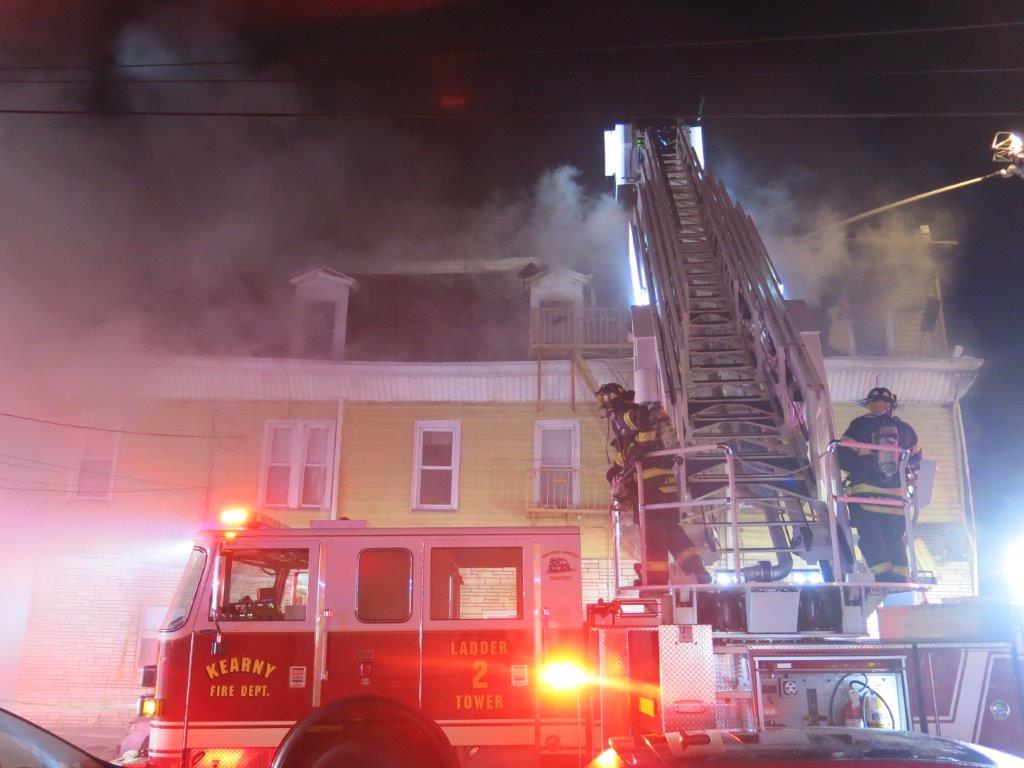 A fast-moving fire raced up walls, from the basement, of an old three-story wood-frame corner dwelling at Devon Street and Midland Avenue, Kearny, Monday evening. As a result, six families with a total of 12 people were left homeless. Residents all self-evacuated and there were no injuries reported.

Firefighters encountered a smoke condition as they pulled up, shortly after 9:09 p.m. alarm was sounded. They began knocking down flames in the basement; however, fire was already running up the walls to all floors and the roof area.

“We had a difficult time,” said Deputy Chief Robert Osborn. The fire was labor intensive for firefighters, using hooks and other tools to open up walls and ceiling to find the concealed flames. Eventually, fire vented out of the top-floor windows and firefighters were ordered out of the building for their safety.

A defensive attack began with master streams that included a tower ladder, two ladder pipes and a deck gun. Low-banking smoke then blanketed the neighborhood.

The fire was placed under control at 12:04 a.m., according to Chief of Department Steve Dyl.

The Jersey City Gong Club canteen truck was set up at the corner to provide a rehab area for weary firefighters. Luckily, the temperature was in the 40’s and a big difference from the dangerous freezing temperatures of days before.