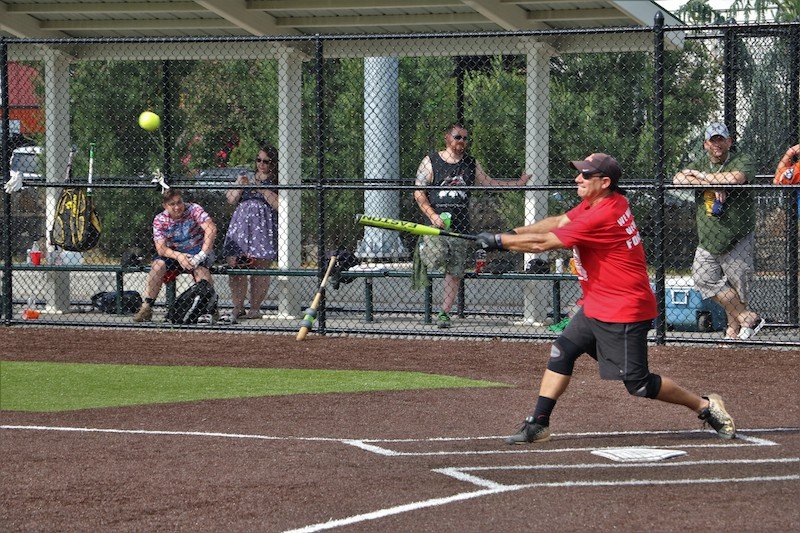 Ten teams participated in the 2018 Chris Amoroso Softball Tournament on Saturday, June 2 in Braddock Park. Named for the 1990 North Bergen High School graduate who perished while helping rescue victims in the World Trade Center on September 11, 2001, the annual tournament was launched to raise money for high school scholarships.

A group of Amoroso’s friends established the tournament in his honor, knowing his love of the game. The tournament traditionally takes place on the first Saturday in June, in recognition of Amoroso’s June 1 birthday. Money is raised through team registrations and by selling t-shirts, hats, and other items, as well as grilled food. An additional fundraising event is held on 9/11 each year.

A well-known photograph taken at the World Trade Center shows a wounded Amoroso helping two dazed and frightened people escape from the burning buildings. He was last seen re-entering Tower Two to continue his rescue efforts. Soon after, the structure collapsed.

Freeholder Anthony Vainieri helped open up this year’s tournament, alongside Guttenberg Mayor Wayne Zitt and North Bergen Commissioner Hugo Cabrera. The event was made possible by the support of North Bergen Mayor Nicholas Sacco, who visited later in the day, and by the many volunteers who contribute time and assistance every year to remember and honor their neighbor and hero.