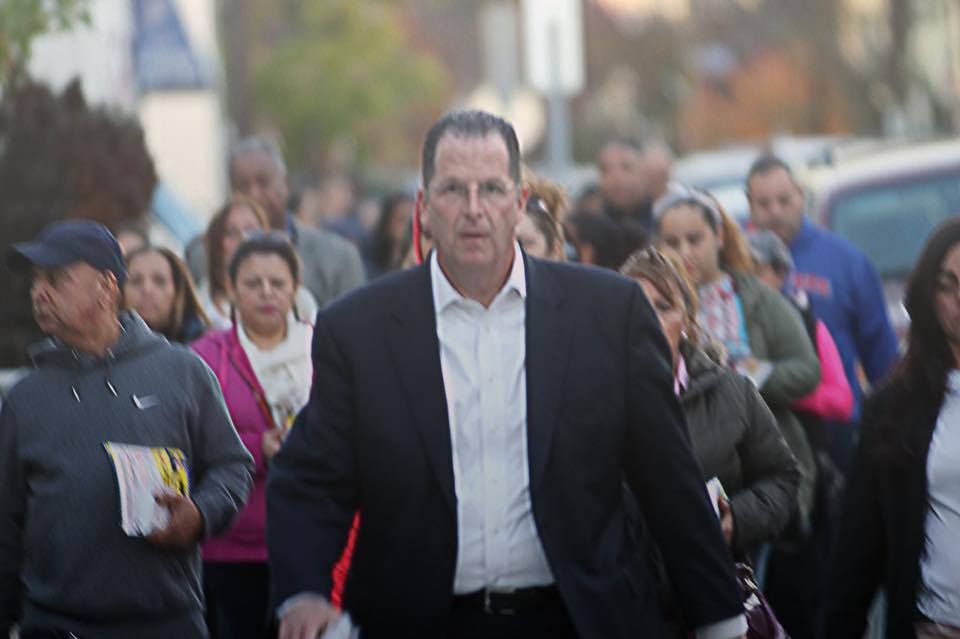 A lawsuit filed in Hudson County Superior Court on Monday by a female pastor and part-time teacher’s aide at the Union City Board of Education, accuses 33rd District (D) State Senator and Union City Mayor Brian Stack, of making unwanted, sexual contact against her thirteen years ago.
The suit was filed by Pastor Deli Flores through her attorney Mario Blanch, with Union City spokesperson Erin Knoedler telling Hudson TV “the allegations against the Mayor are beyond absurd.”
In the lawsuit, Flores claims that the UCBOE will not consider her for a full-time job because she does not support the Mayor/Senator politically.  She alleges that Stack forced himself on her back in 2006 following the conclusion of a religious service. She sought full-time teacher’s aide employment in 2015.
Spokesperson Knoedler went on to tell Hudson TV during a phone interview this evening, that “it was nice to know that the New Jersey Coalition of Latin Pastors and Ministers are supporting Mayor/ Senator Stack’s record as a public servant and man of the people.”
In a press release issued by the NJCLPM,  the independent group of Christian leaders, called Stack “a strong supporter and advocate for women throughout his public life. Whether in Trenton or Union City, he has championed legislation to better the lives of women in the areas of health care, paid family leave, access to early detection exams like mammography, expanding domestic violence counseling and increasing funding to support small business growth.”
Knoedler went on to say “we are certain the allegations will be dismissed in court and the Mayor will be vindicated.  It is interesting Flores has not filed any police report in all this time since 2006 accusing the Mayor of anything.”
The lawsuit contains two counts, one for political retaliation by the UCBOE and the other for assault. Flores is seeking compensatory and punitive damages, as well as injunctive relief which would garner her a full-time position with the Board of Education, plus court costs and legal fees.