A Jersey City man had sticky fingers but Hoboken Police caught up with him. 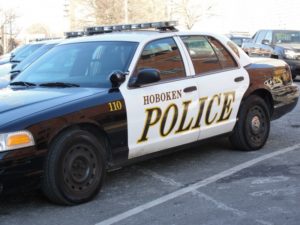 Rafael Diaz was arrested Wednesday on burglary, theft and drug paraphernalia charges for taking a bag of baby clothing and more.

Officers responded to the area of 7 Grand Street on a report of someone stealing packages.

He was identified as the person who took the packages and fled the scene on a bicycle.

The 38-year-old was arrested and a search revealed the stolen packages from the address inside the bag, along with two syringes he admitted using for CDS.

There were also several baby clothing items found without an address attached.

Diaz was sent to Hudson County Correctional Facility on $27,000 bail with 10-percent option.