(AT LEAST HE DIDN’T ASK WHEN DINNER WOULD BE READY.)

Guadagno recently announced her candidacy for Governor to replace the term limited incumbent Chris Christie, who makes  175,000 as Governor.

Justice Guadagno’s letter, dated January 27th, was addressed to Kim Guadagno in her other title and role as Secretary of State. The letter is a formality required upon notice of retirement to start collecting pension benefits.

Judges in New Jersey are constitutionally required to retire upon reaching age 70, according to Article VI of the New Jersey Constitution. 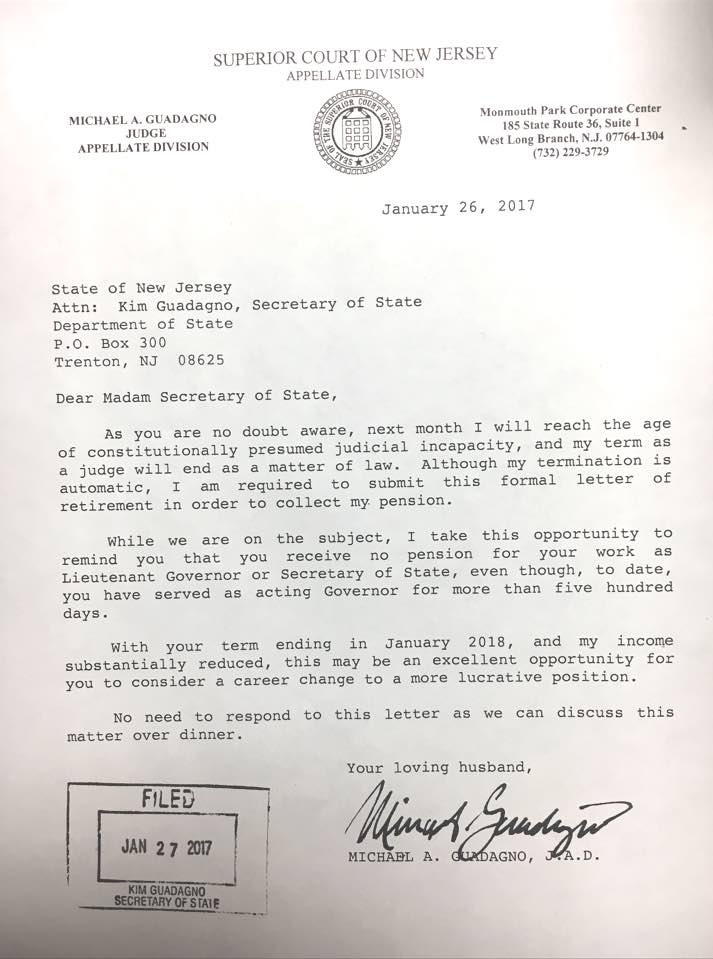