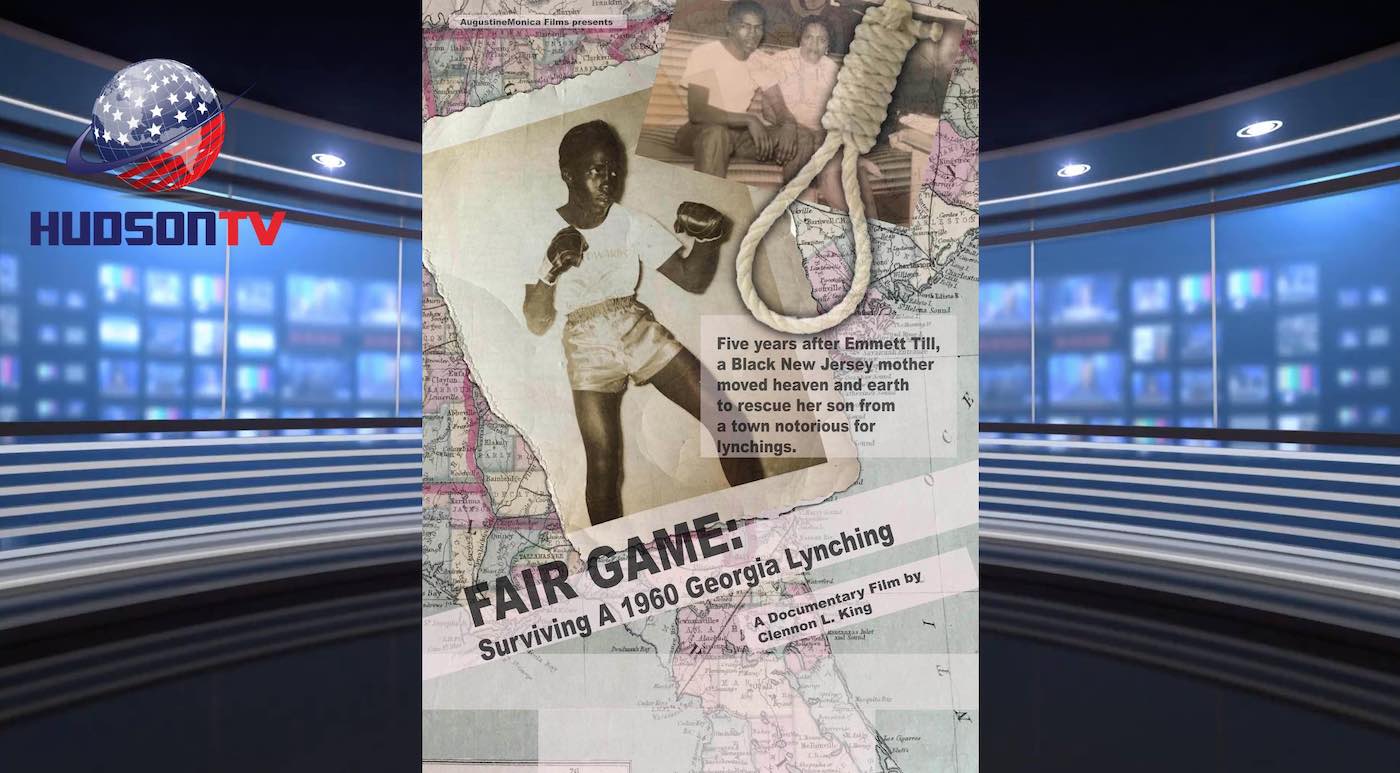 Bayonne, New Jersey>>> A new documentary, about a Black New Jersey Navy veteran’s fight of his life in Georgia town notorious for lynching, will help mark Black History Month in Bayonne and Jersey City, next month.

The film entitled “Fair Game: Surviving A 1960 Georgia Lynching”will make its New Jersey debut the week February 3, 2019 with screenings at an area university, and the family church and hometown library of the late James Fair, Jr., formerly of Bayonne.

“I’m delighted to be presenting James Fair, Jr.’s story in the very community that played such a crucial role in trying to save his life” said Boston-based documentary filmmaker Clennon L. King, who wrote, directed and produced the 65-minute film.

Three 7 p.m. showings of “Fair Game” will be held, starting Monday, February 4, 2019 at Friendship Baptist Church, 41 W 20th St, Bayonne, NJ 07002. Two other screenings will take place Tuesday, February 5, 2019 at Bayonne Public Library, 697 Avenue C, Bayonne, NJ 07002, sponsored by the Bayonne Board of Education and Wednesday, February 6, 2019 at New Jersey City University’s School of Business, 200 Hudson St, Jersey City, NJ 07302. King will introduce the documentary, before leading a post-screening discussion and audience Q&A at all three programs, which are free and open to the public. Click to view trailer.
The filmmaker dedicated the documentary to the 25 known Black men who were lynched in Early County, Georgia, second only to Atlanta in the number of lynching deaths statewide. King also dedicates the film to his father, Georgia’s legendary civil rights attorney C.B. King, who tried to prevent James Fair, Jr. from becoming the 25th victim.

In May 1960, the 24-year-old Bayonne Navy vet joined a Newark friend on a road trip to his hometown of Blakely, Georgia. But their arrival could not have been more ill-timed. It coincided with the rape and murder of an 8-year-old girl Fair didn’t know, nevertheless prompting authorities to finger him as the fall guy. Three days later, with no jury present or lawyer to defend Fair – a judge set a date for him with Georgia’s electric chair, prompting the Bayonne man’s mother, Alice Fair, to mount a 26-month campaign to save her son’s life.

Fair’s story made regional and national headlines, including the New York Times, the Newark Star Ledger, The Bayonne Times and The Jersey Journal.
One irony, as the film notes, is that Early County is the ancestral home of the Drinkards, whose descendants include New Jersey natives Cissy Houston, daughter Whitney Houston and niece Dionne Warwick. Like Fair’s own family, the Drinkards migrated north in the 1940s and resettled in the same part of New Jersey.

The film features several luminaries with ties to New York and New Jersey. They include the late U.S. Representative Cornelius E. Gallagher, who, as Fair’s congressman, helped secure a stay of execution from Georgia’s governor. Also featured is Manhattan-based lawyer and Clinton presidential confidante Vernon Jordan, who served as a law clerk on the Fair case. Former U.S. Health and Human Services Secretary Dr. Louis W. Sullivan under President George H.W. Bush is also featured. Sullivan, who served on faculty at Seton Hall School of Medicine, hails from the same Georgia town where Fair’s troubles began.