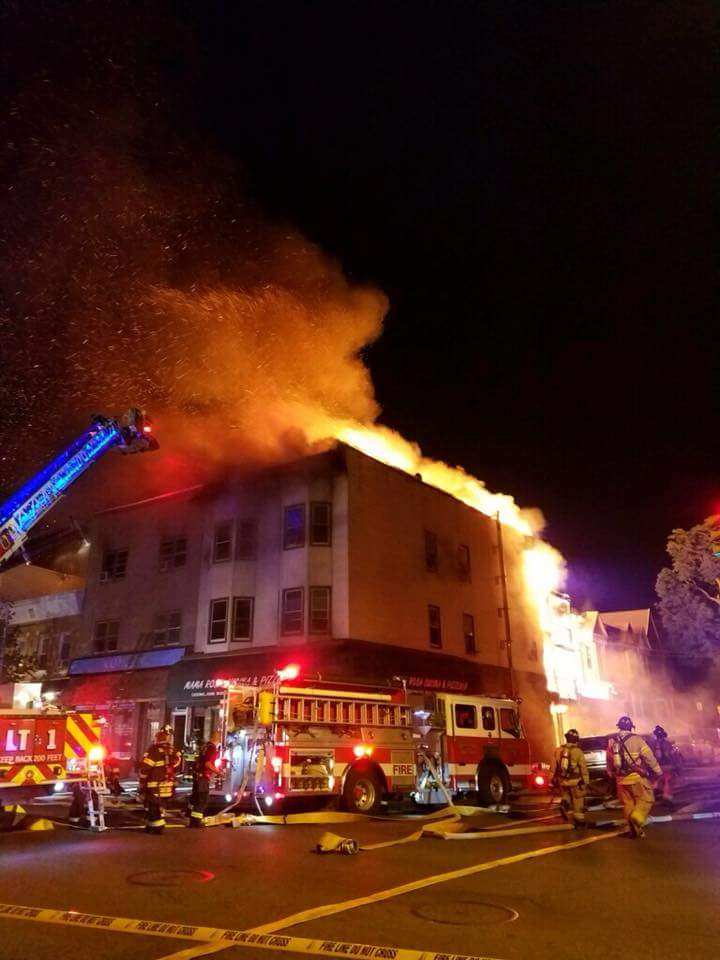 On 06/20/2018 at 0119 hours, members of the Bayonne Police Department and Bayonne Fire Department were dispatched to 793 Broadway on a report of a structure fire.  Upon arrival, large flames and a heavy smoke condition were observed originating from the rear of the structure.  Police officers immediately began to evacuate residents of adjoining structures and from whatever apartments of 793 Broadway they could safely access.  Upon arrival of the Bayonne Fire Department and the Jersey City Fire Department (mutual aid), the fire had begun to spread to 791 Broadway, 795 Broadway, and 10 West 36th Street.  While firefighters were fighting the fire, they were alerted by a resident of 793 Broadway who advised them that her daughter residing in Apartment #1 had not been accounted for amongst the evacuees.  Firefighters immediately responded to the apartment and located an unresponsive female.  The female, identified as 42 year old Ruvee Yao of Bayonne, was removed and transported to the Bayonne Medical Center where she was pronounced deceased after attempts to resuscitate her were unsuccessful.

3 Bayonne firefighters were also treated at Bayonne Medical Center for smoke inhalation and other injuries sustained during the fire.

Approximately 15 residents of the above mentioned structures were displaced as a result of the fire and were attended to by the Bayonne Office of Emergency Management with anticipated aid from the American Red Cross.

The cause and origin of the fire is unknown at this time as the Bayonne Fire Department continues their investigation.