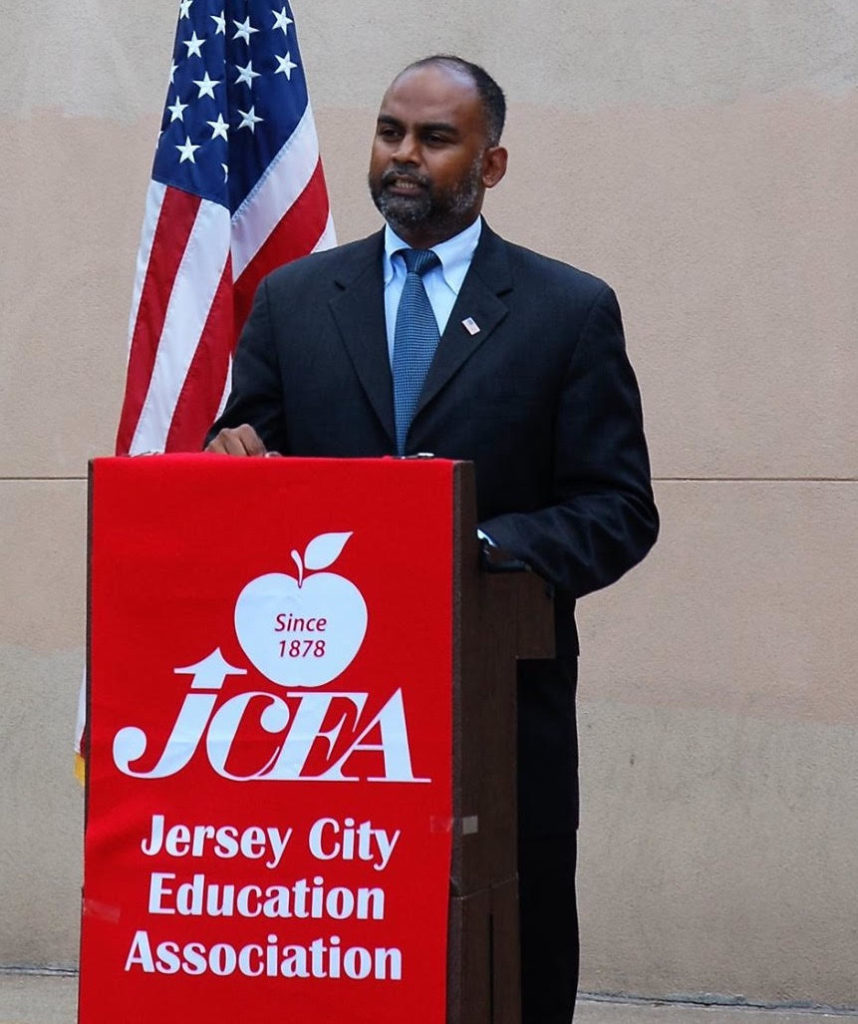 Christie has gone back to his old playbook of using teachers as political punching bags. He continues on his crusade of defunding public education. Christie has done incredible damage to our children by displacing students from neighborhood schools, pursing aggressive initiatives targeting public school funding and teacher’s pensions. Christie’s fairness formula is further evidence of how out of touch he is with the realities facing public education in New Jersey.

Christie was at the forefront of the $200 million Newark school “reform” debacle which resulted in uprooting of children, closure of schools, firing of teachers, and opening of charter schools that ultimately failed. Christie arranged to provide the final outside $25 million of the $100 million matching commitment which was required to cash the $100 million that Mark Zuckerberg had generously offered to Newark. Christie and some of his rich Wall Street allies have long had their eye on the ultimate prize: using public school funding to privatize schools just as they have sought to privatize everything from social security to the postal services and shutting down unions. Christie blew through $200 million with no benefit to Newark public schools by hiring high priced consultants who were paid $1,000 a day and in all spent $20 million on outside consultants with nothing to show for. At the same time, fighting the teacher’s unions on salaries, pensions and completely disregarding community engagement and participation. This attack created all round angst and frustration. Christie infamously said in response, “I don’t care about community criticism, we run the school district in Newark, not them.” This is the problem.

One of the profiteers from the $200 million Newark public school “reform” fiasco, who heads a network of charter schools in Newark, is one among the 11 candidates for the Jersey City Board of Education this year. This operator has now turned his predatory sights on the Jersey City school system including its $700 million annual budget. He is financed by Wall Street and wealthy foundations. Supporting this profiteer is a one-person cheerleader squad who is also a candidate in this year’s Board of Education election, who trolls Board of Education meetings regularly, an attribute he calls “attendance” as one of this key qualifications as a candidate. This ‘pom pom’ waving cheerleader-troll is also involved in a lawsuit with a sitting Board of Education member. Many citizens and community groups believe that this alone disqualifies him from running.

This election is not just about functional issues facing our public school systems, but a battle between two competing sets of values and ideas on the future of our public schools. One wants to shut and defund our public schools; privatize, ‘charterize’, ‘voucherize’ and ultimately cannibalize the public school system through a classic vulture capitalism strategy like what played out in Newark. The profiteer and his cheerleading troll espouse this disastrous anti-children’s rights ideology. We, on the other hand, want to strengthen our public schools and are fighting to fix our existing public schools, increase resources, introduce ‘smart funding,’ introduce comprehensive programs, and support our students, parents and teachers. Our fight for our children’s rights is directly tied to the future of Jersey City, our country and the preservation of American exceptionalism. We have worked hard from the beginning of this campaign and will continue to work hard through the fall campaign season to contrast this difference in competing values and ideas. It is time to take control of our destiny and to end the grid lock in the Jersey City public schools.

Sudhan Thomas is a successful business professional in the financial industry and a longtime resident of Jersey City. He lives with his two-year-old son in Jersey City’s Ward A. He previously served as Secretary of the Newport Neighborhood Association, where he championed several civic projects including urban park space and traffic initiatives. A single father, Thomas spends 18 days at home full-time with his son and works the remaining 12 days through a flexible work arrangement. Thomas is one of 180 certified 9/11 docents who educates visitors at the National September 11 Memorial & Museum, where his work has impacted millions of visitors and students. He has also been actively involved in supporting veterans and LGBTQ equality. Sudhan Thomas’s campaign message has widely resonated with the public of Jersey City and has been endorsed by Mayor Fulop, Assemblyman Mukherji, JCEA, JCDO and various elected representatives and organizations. Sudhan Thomas is part of the Education Matters ticket along with Gina Verdibello and Angel Valentin.