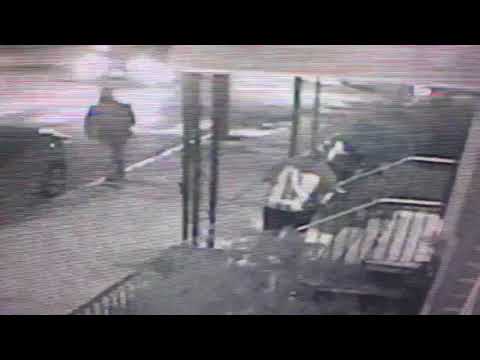 They dubbed him a terrorist in slanderous flyers distributed across the city right before the mayoral election.

Ravi Bhalla, the first Sikh to hold elected office in New Jersey was the target of the outrageous literature that made its way across Hoboken car windshields Friday night.

“Don’t let TERRORISM take over our Town” it screams in red letters with a picture of Bhalla underneath — and the flyers appear to be an altered version of campaign literature sent by another Hoboken Mayoral Candidate, Michael Defusco.

That prompted DeFusco to promptly condemn the modified leaflets in a Facebook post and alert the authorities.

“Today I spoke out not only against the racist, disgusting flyers targeting Ravi Bhalla that appeared last night and was made to look like it came from my campaign, but against the rest of the hate that has been shamefully displayed throughout this race,” DeFusco says. “I condemn this piece of racist garbage in the strongest possible terms.”

DeFusco himself has been the victim of hateful rhetoric labeling him a member of a “crime family” and attacking his sexual orientation (he’s gay).

And Bhalla addressed the flyers head-on with a clear message:

“We won’t let hate win in Hoboken,” he says. “I want people to know that Hoboken is a welcoming community where my wife and I are proud to raise our two young children. No matter your religion, race, ethnicity, or sexual orientation, you are welcome here in our city.”

According to the Hoboken Police Department, they are investigating this act as a Bias Incident and are looking for two persons of interest.

On Saturday Cory Booker added his voice to the mix, tweeting that the flyer was “vile” and “hateful” — “We all must condemn bigotry & hate,” the senator says.

If anyone knows the identity of any of these people or you are the person pictured, please contact the Hoboken Police Department at 201-420-2131 or 201-420-2106 and ask to speak with a detective.