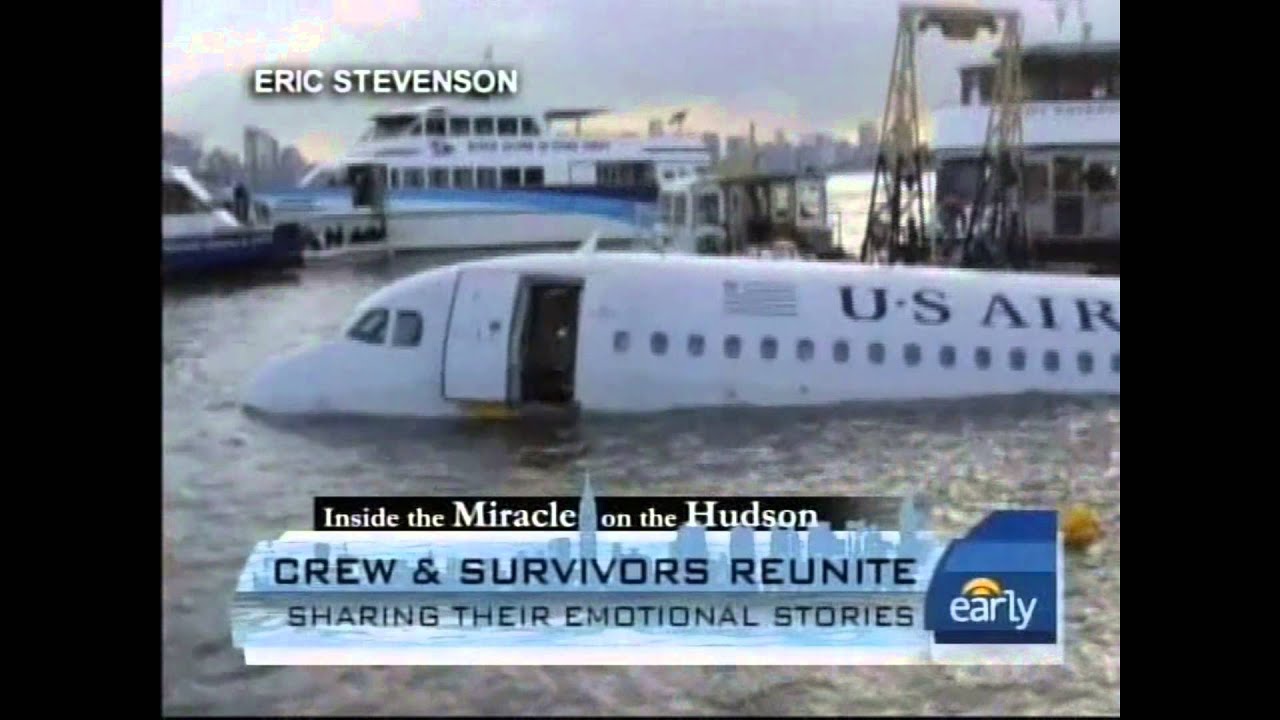 North Bergen, NJ – Dave Sanderson, a survivor of US Airways Flight 1549, known as The Miracle on the Hudson, will be coming back to the Hudson River waterfront to commemorate the tenth anniversary of the event that changed his life trajectory.

Sanderson will be the featured speaker during the Rotary Foundation’s dinner event on Tuesday, January 15, 2019, at The Waterside Restaurant in North Bergen.  The event will begin at 6:30 p.m., and it is sponsored by Hackensack Meridian HealthPalisades Medical Center.

During the Rotary event, Sanderson will reunite with many of Hackensack Meridian Health Palisades Medical Center’s nurses and team members who provided exceptional, life-saving care to Dave and several other passengers following the crash landing.  Sanderson continues to keep strong personal relationships with many of the first responders in the North Hudson area, including hospital staff, EMS staff and ferry boat operators.

The moment he left the hospital, his life was never the same; it was a wake-up call, and became a calling for him….only he didn’t know it just yet.

As he embarked on another flight, only hours after the ditched landing, Sanderson determined that something had to change in his life – in the mere 204 seconds at the entire incident took place in, he learned how some of the most ordinary moments and interactions in your life truly matter when you need them most, lessons he credits for the decisions he made that day, and with saving his life.

Sanderson could not have anticipated how an invitation from his local church, months after the event, would spawn a decade-long new speaking career, and demand for him to provide leadership consulting and seminars.  His perspective helped evolve his story from a ‘miracle’ to an enviable mindset that got the attention of researchers studying Post Traumatic Growth Syndrome (PTGS), earning him a cover profile in AAPR magazine for an article focused the characteristics of people who shift into thrive after near tragedy.

“Everybody faces challenges in their lives”, says Sanderson, elaborating on his idea that we each endure our own traumatic life experiences at different points in our lives, “…but it’s how your respond to them, and more importantly, how much attention you paid to your life and the confluence of lessons within it, beforehand, that will illuminate how every moment in your life suddenly matters.”