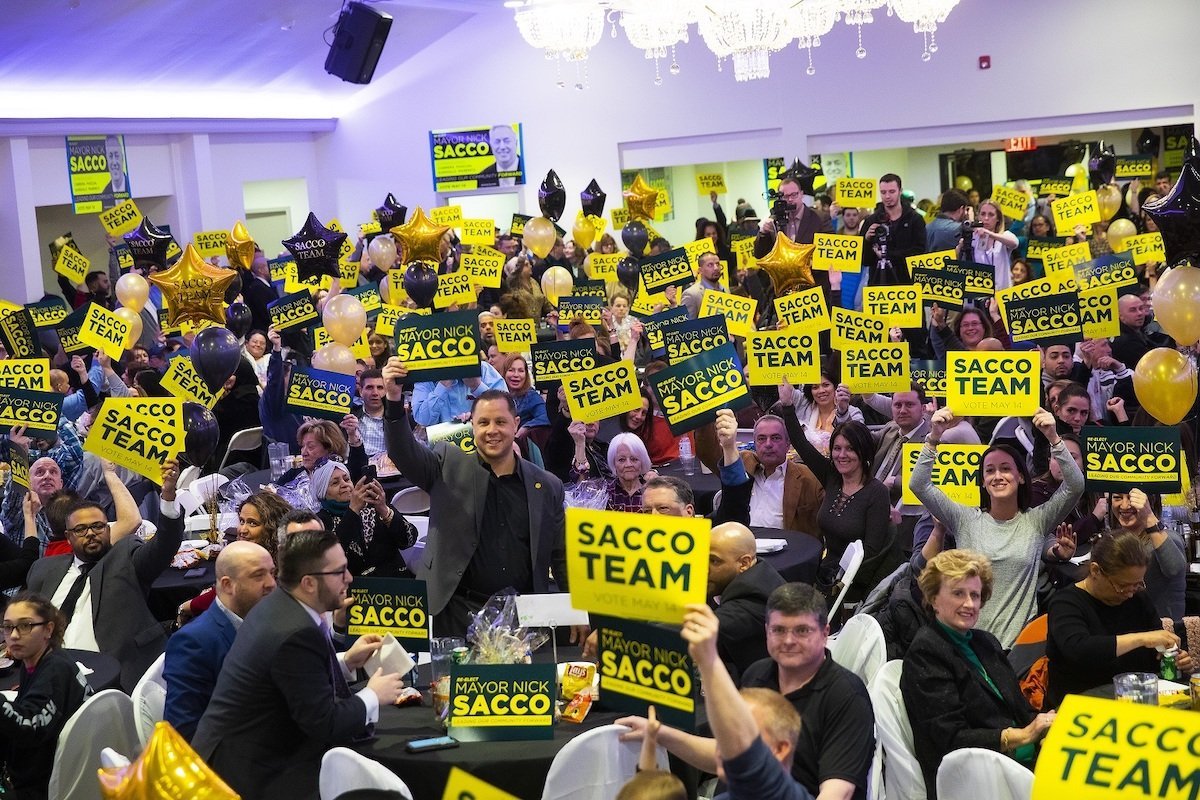 Introduced by Gov. Phil Murphy & Joined by Many Other Dignitaries,
1,000+ Supporters Vow to Take Election Personally and ‘Crush’ Competition

NORTH BERGEN, NJ – (March 11, 2019) – Mayor Nick Sacco officially kicked off his 2019 re-election campaign in front of a packed house of over 1,000 supporters at a rally last night, vowing to keep leading North Bergen forward. Governor Phil Murphy introduced Mayor Sacco at the event to thunderous applause with a fiery speech about the need to continue the Sacco Team’s leadership. Along with Commissioners Hugo Cabrera, Frank Gargiulo, Allen Pascual and Julio Marenco, Mayor Sacco called on his supporters to redouble their efforts over the next two months to ensure a victory.

“This is an incredibly important election for our community’s future and the support we’re seeing from all parts of North Bergen is inspiring and humbling,” said Mayor Sacco. “I want to thank everyone who worked hard to pull this off, but we’re not even close to done yet. It’s up to all of us to work as hard as we possibly can to make sure that North Bergen keeps moving forward and that the progress we’re seeing in town isn’t derailed.”

“Under Mayor Sacco’s leadership North Bergen is a model for the kind of progressive, effective government that is so badly needed to deliver for the people of our state,” said Governor Murphy. “I’m proud to call Nick a friend and to support his campaign, and with the passion, diversity and willingness to work hard I see in this room tonight I’m sure he will be successful once again in May.”

Team Sacco has much to be proud of, announcing last week that the campaign had obtained the highest amount of signed petitions ever in local history with over 52,000 combined signatures. The Commissioners spoke about the cleanliness of the streets, the size and diversity of the Police department and general safety in North Bergen, the ongoing renovations to many parks throughout North Bergen including a new Downtown Park and community center and library building, which will break ground in the spring.