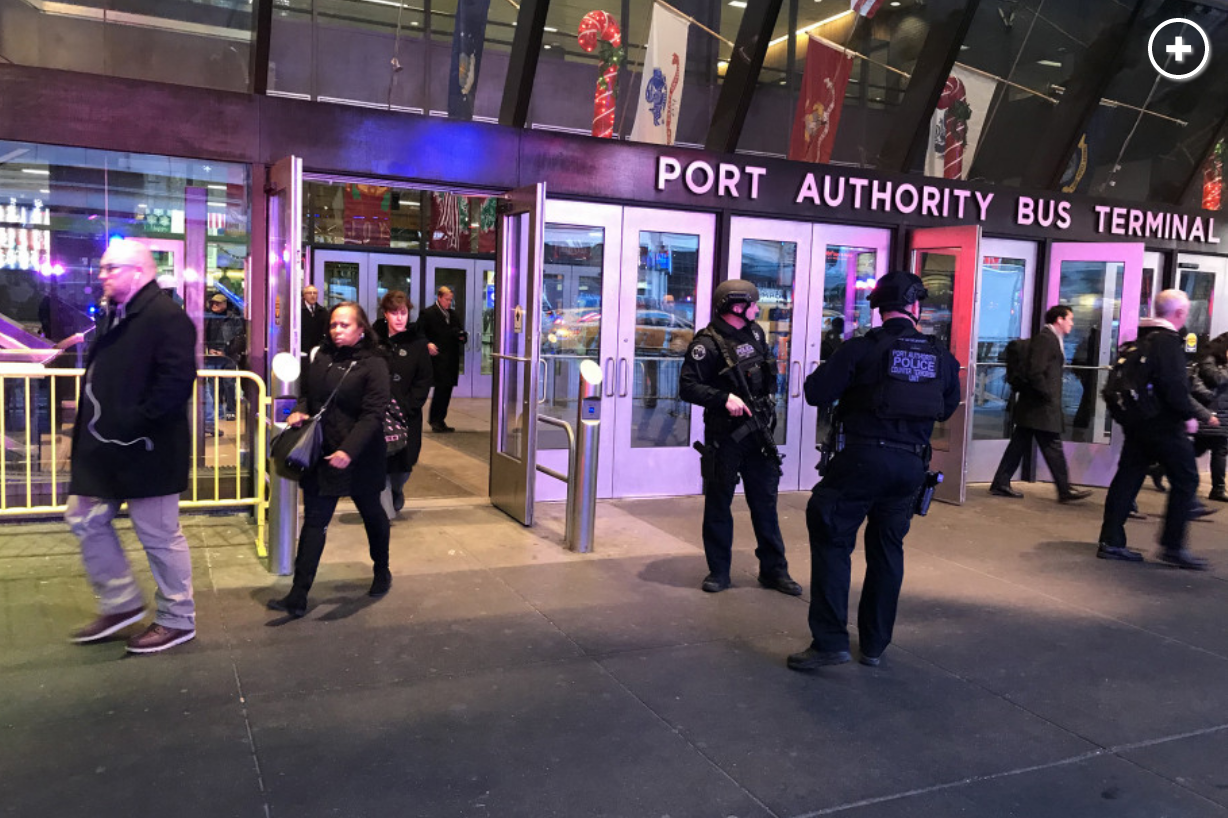 A suicide bomber wired with a pipe bomb and battery pack is in custody after setting off an explosive device early this morning at Port Authority bus terminal in New York City. 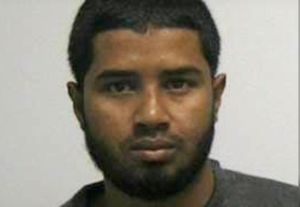 The 7:20am blast happened during the morning rush hour as thousands streamed through the Times Square building.

Three people were injured in the blast, including the suspect, identified as Akayed Ullah of Brooklyn, who may be of Bangladeshi descent.

The 27-year-old attempted to detonate the bomb in the underground tunnel leading to the subway at 42nd Street between 7th and 8th Avenues, causing it to fill with smoke.

Allah was sprawled on the ground with burns to his hands and abdomen.

In a New York Post photo, cops arrest a bearded man with his shirt blown off and soot covering his torso.

Law enforcement officials called the incident an attempted terror attack and say that Ullah was inspired by ISIS.

Tons of police and firefighters converged above and below ground in response to the explosion.

There were those in Port Authority who reportedly didn’t hear the blast but saw the chaos and heard people screaming, ‘Get out!’

Today’s terror attack is one of a number in recent years, including the murder of eight people near the World Trade Center on Oct. 31 — when a man drove a rented truck onto a bike path.

The subway system was evacuated and Port Authority area businesses were closed for a few hours  .

According to authorities, by 10am everything was mostly back to normal.

Many were diverted from their typical morning commute, with New Jersey Transit buses taking passengers to Secaucus and Hoboken, where they could pick up trains to the city.

Really sad that this is the new normal.