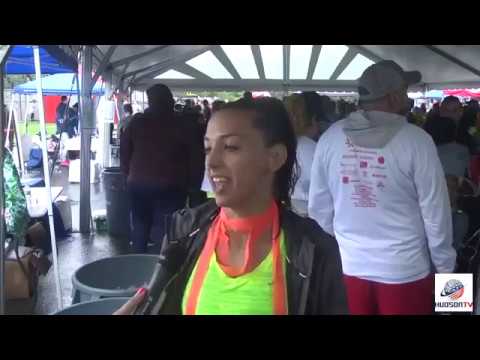 A little rain didn’t stop the runners here today at Braddock Park from participating in the 4th annual Sacco 5K race.
Despite the weather, over 550 people competed in this year’s 5K run on Saturday, May 12th. The proceeds from the event will go towards the Nicholas J. Sacco Foundation.
Hudson TV also spoke with Mayor Sacco during the race.
Our first male runner was Fabi Daza, 36, who also won first last year.
Our first place female runner was Jennifer Campisi, 33, who finished 7th overall.
Both First place winners were gifted $100. Medals were given out to many of the participants of today’s race, which was open to all ages.
This year 75 more people signed up compared to last year, and this number is expected to grow as the years go on.