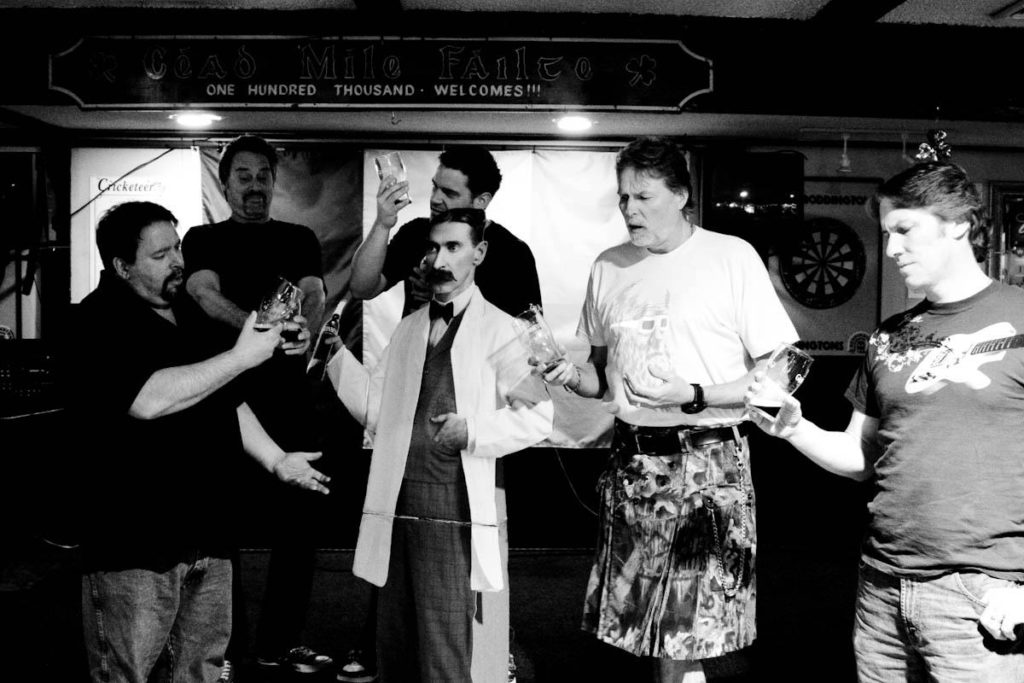 Mayor Jimmy Davis announced that The Shots, a band from West Orange, will present a free

concert at the Bayonne Community Museum on Monday, March 14. The doors will open at 6:30 p.m.

Mondays at the Museum,” which will continue on various Mondays during the winter and spring of

2016. Mayor Davis said, “The Bayonne Community Museum is a great place for a concert. We would

The Shots play a unique mixture of rock, funk, jam, and party music. Their musical sounds are a

drums, guitar, bass, and drums. There are five members of The Shots: Lenny, Mike, Russ, Mark, and Dave.

A mustachioed cardboard cutout man is also part of the act.

The Bayonne Community Museum is located at 229 Broadway, at the northwest corner of 9th Street and Broadway. The museum stands one block north of the 8th Street Light Rail Station. Constructed in the Beaux Arts architectural style in 1912, the building began its life as the Bayonne Trust Company, and was the home to a series of banks for ninety years. The City of Bayonne acquired the building from Fleet Bank for one dollar in 2002. Utilizing a series of grants, the municipality removed modern banking fixtures and a dropped ceiling from the interior of the building, and restored the interior walls and the three-part stained glass in the ceiling. The former bank is on the State and National Registers of Historic Places. The museum is available for exhibits, performances, cultural events, and meetings. For booking information, please contact Pete Amadeo in the Bayonne Recreation Division at 201-858-6129.

The next “Musical Mondays” concert after March 14 will take place on April 4. Details will be