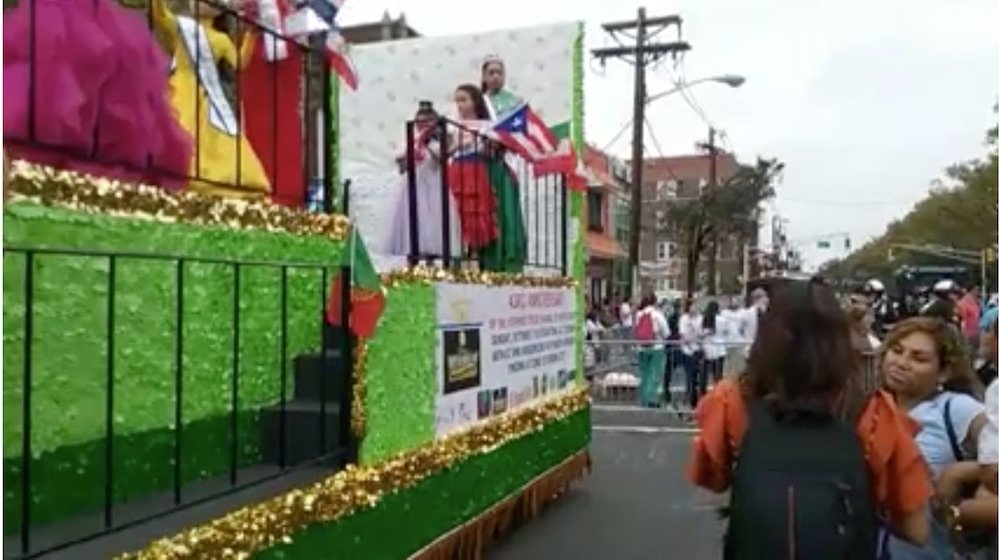 On an overcast, slightly breezy afternoon, Bergenline Avenue was filled with onlookers on Sunday, October 7th, as the 43rd annual, Statewide Hispanic Parade of New Jersey marched it’s way through four, Hudson County municipalities.   This annual event celebrates Hispanic Heritage Month and all of the nationalities represented in the most culturally diverse County in the United States.

Colorful costumes were everywhere, as Latin music filled the air and many elected officials gathered to march in the procession, which made its way south along Bergenline Avenue, beginning at 80th Street near the entrance to James J. Braddock County Park, through North Bergen, Guttenberg, West New York and Union City, coming to a conclusion at 32nd Street.

Everyone in attendance was on hand to celebrate the diversity which makes Hudson County a true melting pot.  The weather held, which made for a great afternoon of friendship, community and celebration of Hispanic culture.