Three Union City Police officers were struck by two motorcycles while at the scene of a previous fatal accident where a kid was killed by a garbage truck.

According to multiple reports, the first accident occurred around 7.30pm in the area of Palisade Avenue and 31st st where a 16-year-old kid was fatally struck by a garbage truck and was laying under it. 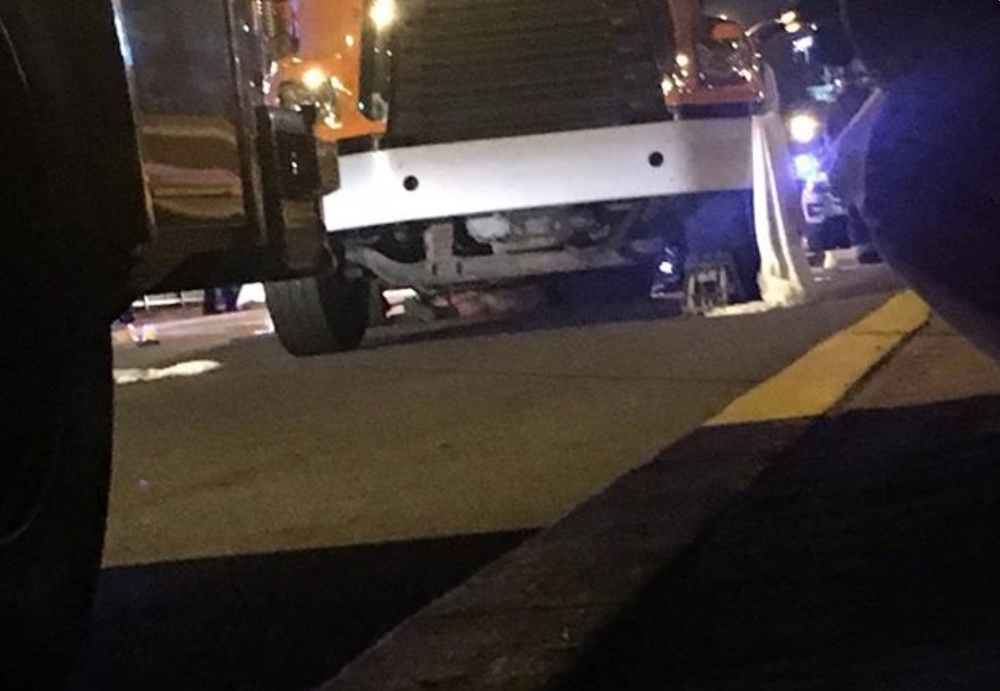 Around 9pm, while officials were investigating the accident, two motorcycles run through the scene unexpectedly and struck the three police officers. One of the motorcyclist fled the area  while the other motorcyclist crashed at the scene and was taken to a nearby hospital.
ABC posted the following video on facebook.

All three police officers were taken to the hospital and are expected to survive their injuries.