It hit particularly hard, literally — a big chunk of concrete fell from the Bayonne Bridge Monday, hitting three cars on Staten Island in the process. 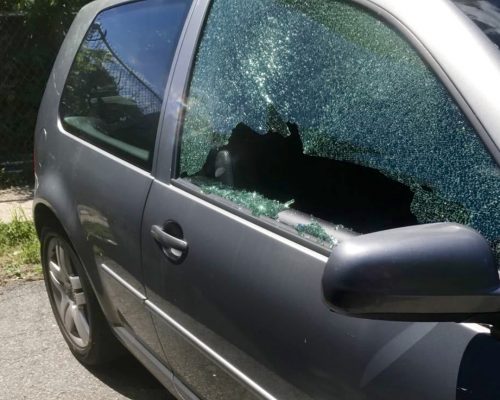 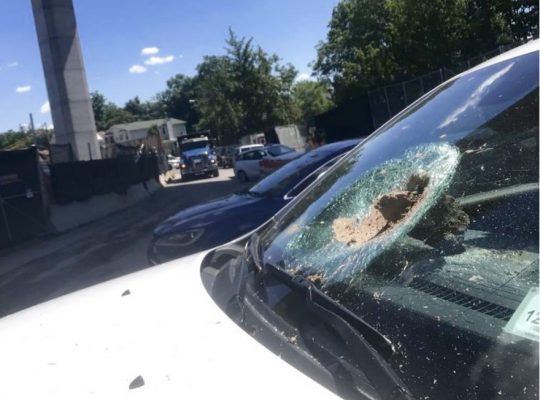 According to Steve Coleman from the Port Authority, that meant suspending the demolition work, at least for now.

In order to allow new larger container ships to pass through, the bridge is being raised from 151 feet to 215 feet.

If anyone had been in the area, “They would have been dead,” Vaughn Belloccio,  a Staten Island auto repair shop owner told the Associated Press.

According to residents in Port Richmond, Staten Island, falling debris has been a longtime problem, but it’s getting worse, they told NBC4.

Resident John Ortiz says it was only a matter of time.

“If it’s going to put a dent into a car, God forbid what it would’ve done to me.”

In a statement, Coleman says they are currently doing a full evaluation of (Monday’s) incident with their contractor.

“To learn exactly what happened and to determine a proper course of action moving forward.”

This isn’t the first time – the demolition was also suspended briefly last month on the Bayonne side because of excessive dust.

UPDATED: AG Investigating Morning Officer-Involved Shooting in Bayonne Which Resulted in One Death