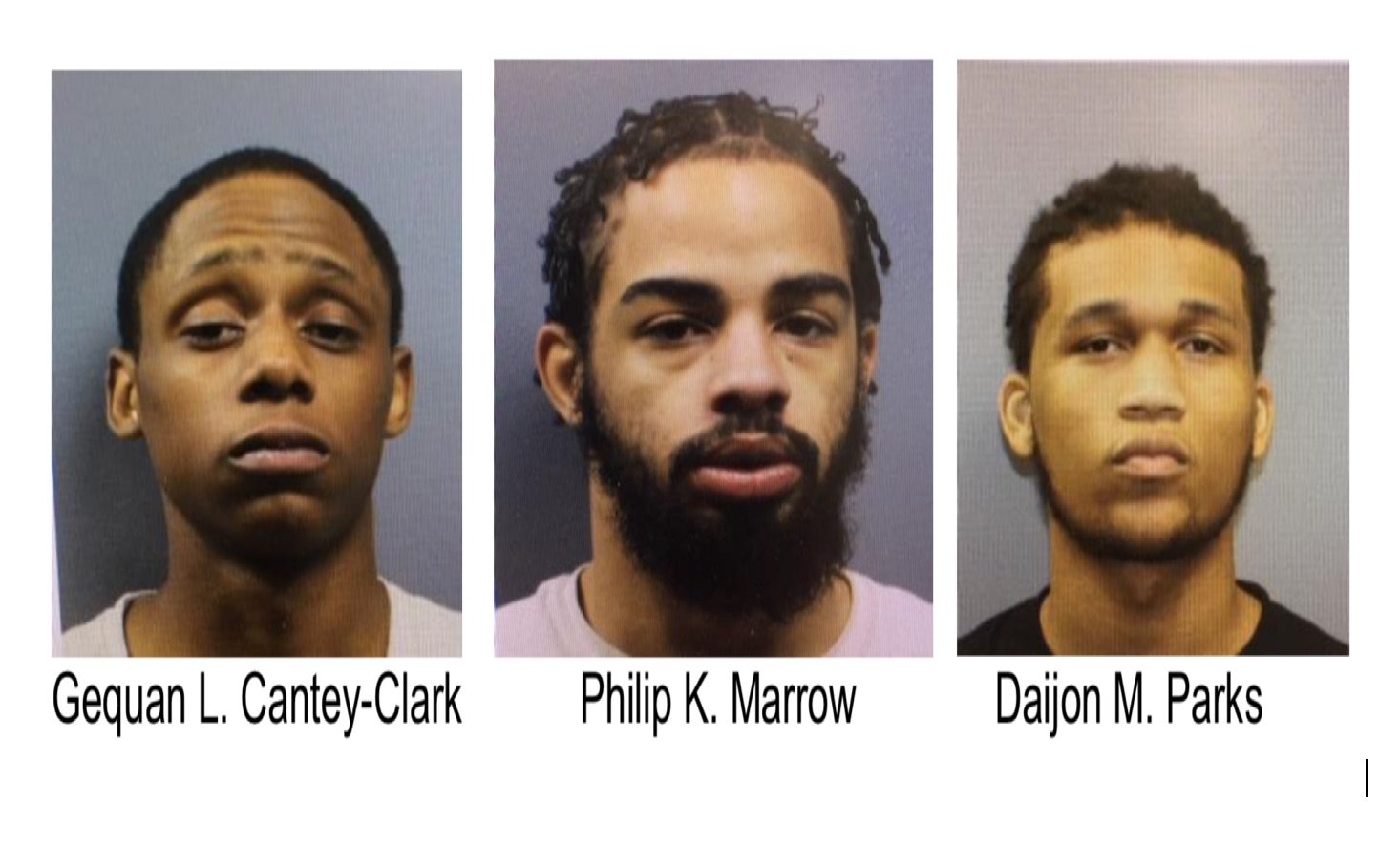 At approximately 3:11 pm on April 13, 2018, the Secaucus Police responded on a report of a “suspicious vehicle” in the area of Mansfield Avenue and 5th Street. The concerned citizen further reported that one of the occupants was observed urinating next to the vehicle. While conducting their investigation the officers on scene developed probable cause to conduct a search of the vehicle.

During the search of the vehicle, the officers seized a screwdriver believed to be used as a burglar tool, drug paraphernalia that was consistent with packaging drugs for distribution, and a loaded Colt Detective Special .38 caliber revolver. Additionally, approximately $1,000.00 in US Currency was seized as it is believed that the money was derived from a nefarious source.

The occupants of the vehicle, identified as Gequan L. Cantey- Clark, 21 of Orange, Daijhon M. Parks, 21 of East Orange and Philip K. Marrow, 22 of Newark were all subsequently arrested. All three were charged with Unlawful Possession of Weapon [2C:39-5b], Unlawful Possession of Handgun Ammunition [2C:58-3.3b], Possession with the Intent to Distribute Drug Paraphernalia [2C:36-3] and Possession of Burglar’s Tools [2C:5-5a]. Additionally, Philip K. Marrow was charged with Hindering his Own Apprehension [2C:29-3b(1)]. They were all taken to the Hudson County Jail pending their appearance in Central Judicial Processing Court.

Chief Flaherty thanks the concerned citizen for reporting this “suspicious vehicle” to the police department. These charges are merely accusations and the defendants are presumed innocent until proven guilty. Anyone with additional information can contact the Secaucus Police Detective Division at (201) 330-2052 or detectivedivsion@secaucus.net, all calls will be kept confidential.