It caused a scare during the Tuesday morning rush hour that snarled traffic for hours. 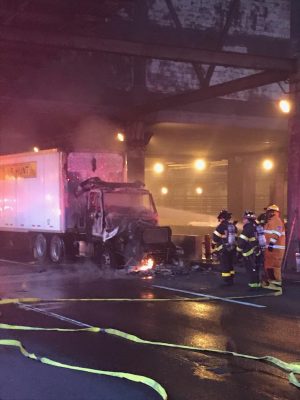 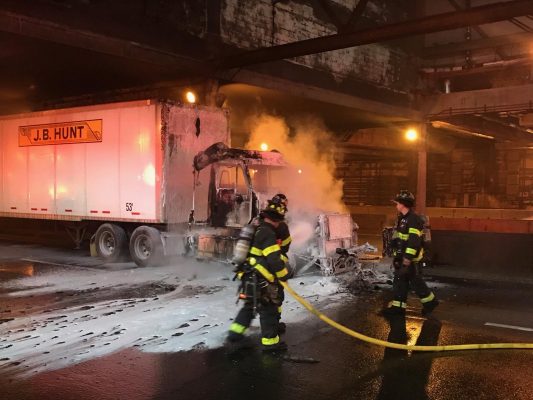 A truck fire broke out about 7:20 a.m. on the Jersey side of the George Washington Bridge, causing cars to come to a grinding halt for miles in both directions.

Many people weren’t quite sure at first what had happened.

Delays of 90 minutes or more made it a chaotic scene for those trying to get to work as they navigated through the maze of congestion. 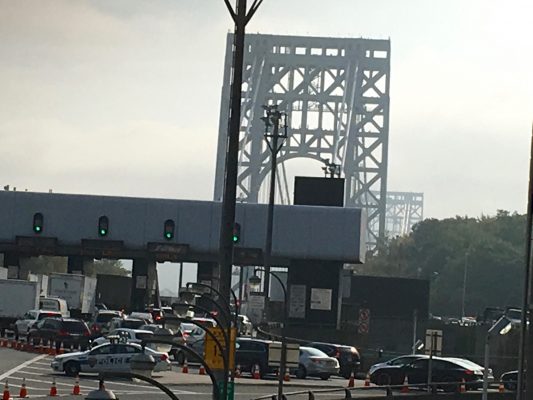 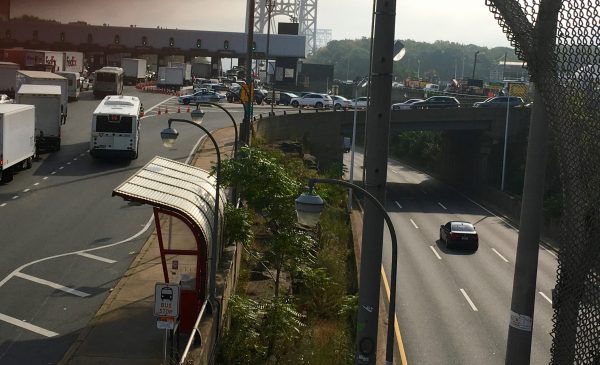 According to Port Authority spokesman Joe Pentangelo, there was no bomb scare — despite rumors to the contrary.

“The fire was on the upper level roadway, eastbound, under the apartments,” Pentangelo says.

Only one upper level lane was open for a time going eastbound but the roadway has since been sanded, he says.

Pentangelo says no one was injured and the truck was reportedly carrying goods for Home Depot.