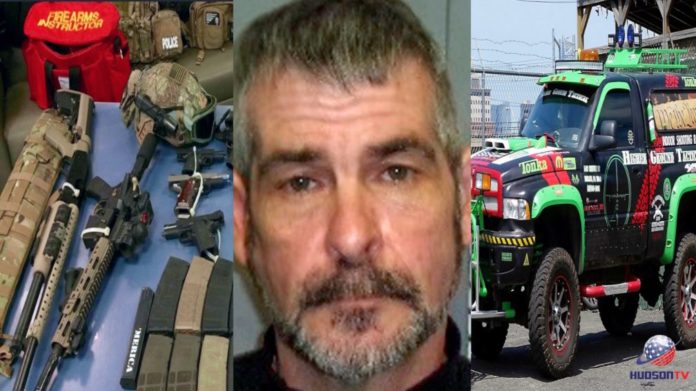 The Pennsylvania man on a mission to save a teen girl from a deadly Brooklyn drug den when he was stopped at the Holland Tunnel with a load of guns was sentenced to five years in prison Friday.

John Cramsey says he is not a ‘vigilante’ as many have called him and wasn’t trying to hurt anyone — just doing what he thought was right when he was arrested last year.

He lost his 22-year-old daughter, Alexandria (Lexii), an aspiring model to a heroin overdose four months earlier. The devastating heartbreak catapulted him to take on the role of anti-drug crusader ever since.

The former gun range owner started his own support group — Enough is Enough to do everything he could to help addicts, storming hotels to remove many of them from dangerous scenarios and get into recovery treatment, often paying for it himself sources say.

“We had no intentions of getting into any trouble,” he told Lehigh Valley Live. “Simply going to bring the poor girl home after awakening to see her friend lying next to her in the bed, dead of an overdose. That is all.”

The 51-year-old was denied probation after having spent three months in jail, and on Friday in Jersey City received the five years with mandatory minimum one year parole ineligibility.

Attorney James Lisa worked a plea deal in Cramsey’s favor, so he could avoid a potential lengthy sentence on all nine weapons charges.

“A good man is going to jail today, and it makes me sick,” Lisa told CBS News.

Dean Smith, a videographer and Kimberly Arendt, a drug counselor were in the vehicle with him and may avoid jail time through their enrollment in a pretrial intervention program.

According to authorities, Cramsey was pulled over because of a crack in his windshield, though the defendants insisted it was the neon truck’s Second Amendment-themed adornments.

You can’t transport a loaded gun in a vehicle in New Jersey, which has stricter gun laws than Pennsylvania.

It must be locked and unloaded in a trunk or secure container.

Not being able to save 18-year-old Jenea Patterson from that drug den will ‘haunt him forever,’ Cramsey says. The teen died in January of an overdose.

He told CBS News ‘it was like burying my daughter all over again.’