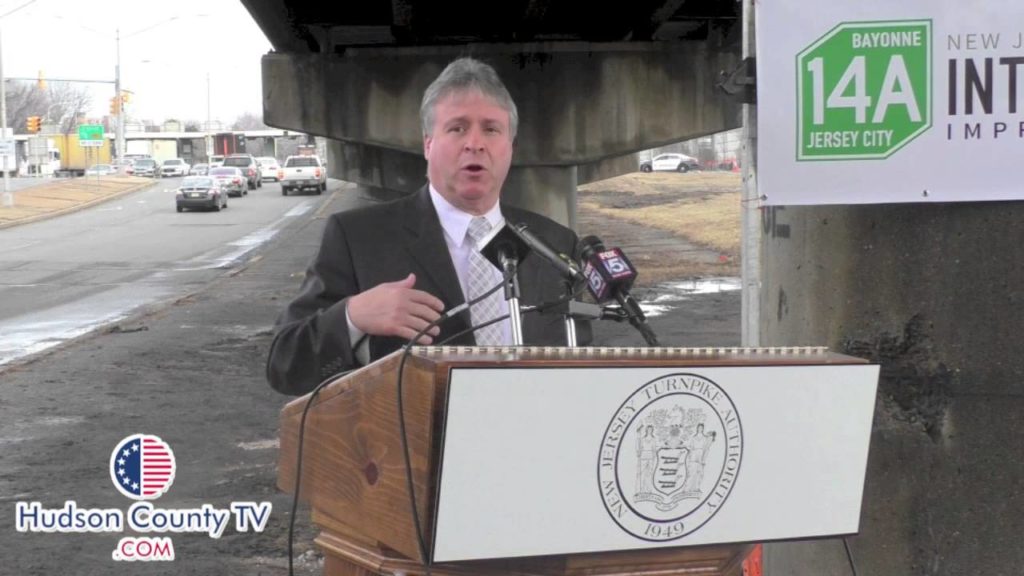 Mayor Jimmy Davis announced that the New Jersey Turnpike Authority and its contractors have provided new information to the City of Bayonne about the reconstruction of the area around the 14A toll plaza.

At the intersection of Pulaski Street and Route 440, utility work will continue. Northbound and southbound Route 440 traffic has been shifted to create a median work zone. Temporary traffic signals have been activated. Deep foundation work will continue for the new Connector Bridge between the Turnpike and Port Jersey Boulevard. In early May, the northbound side of Route 440 will receive an alternate traffic pattern. The northbound travel lanes will be split.

Widening work will continue on the ramps between the 14A toll plaza and the Hudson County Extension. Asphalt paving will take place during the week of April 11. Local street-level work on Kennedy Boulevard, Avenue C, and Garfield Avenue bridges requiring lane closures will continue. Single daytime lane closures will be used as needed. Temporary support towers will be located below the Avenue C bridge. Sidewalk passage will be maintained. Work is continuing on a new variable message sign at the base of the Newark Bay Bridge. A temporary barrier curb along the ramp west of Avenue C will be removed on the weekend of April 22. The ramp work zone will switch to the left (median), and all traffic will be pushed in the ramp area to the outside shoulder on the weekend of April 22.

In the toll plaza area, renovation work will continue at the existing toll plaza building. New east toll lane construction is continuing. Toll lanes 1 and 2 will open in late April, while toll lanes 3 and 4 will close. During the weekend of the opening, northbound Avenue E will be reduced temporarily to a single lane between 52nd Street and the toll plaza to implement the change.