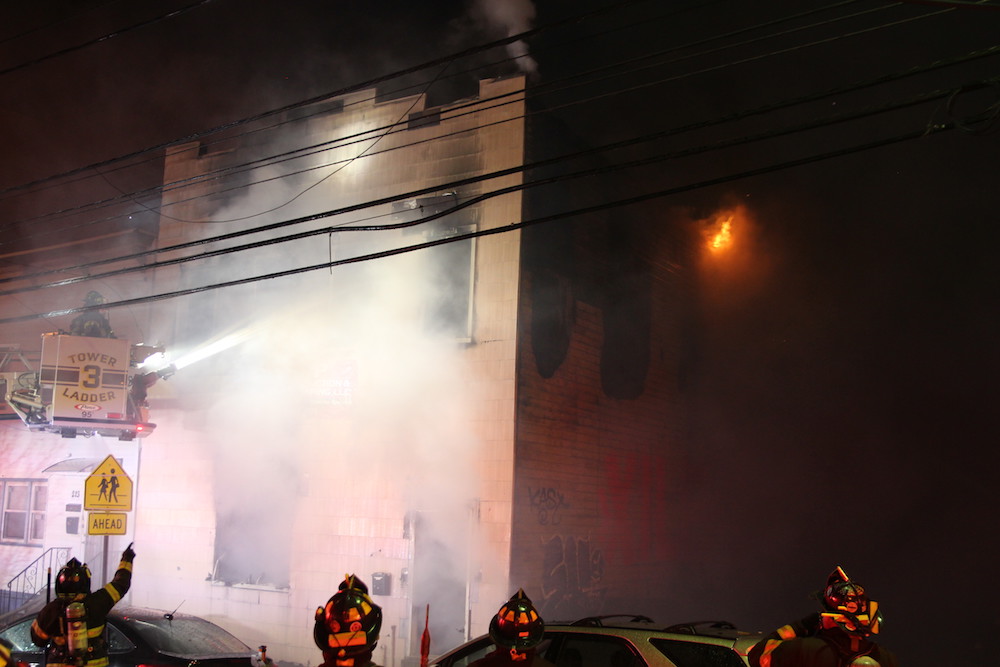 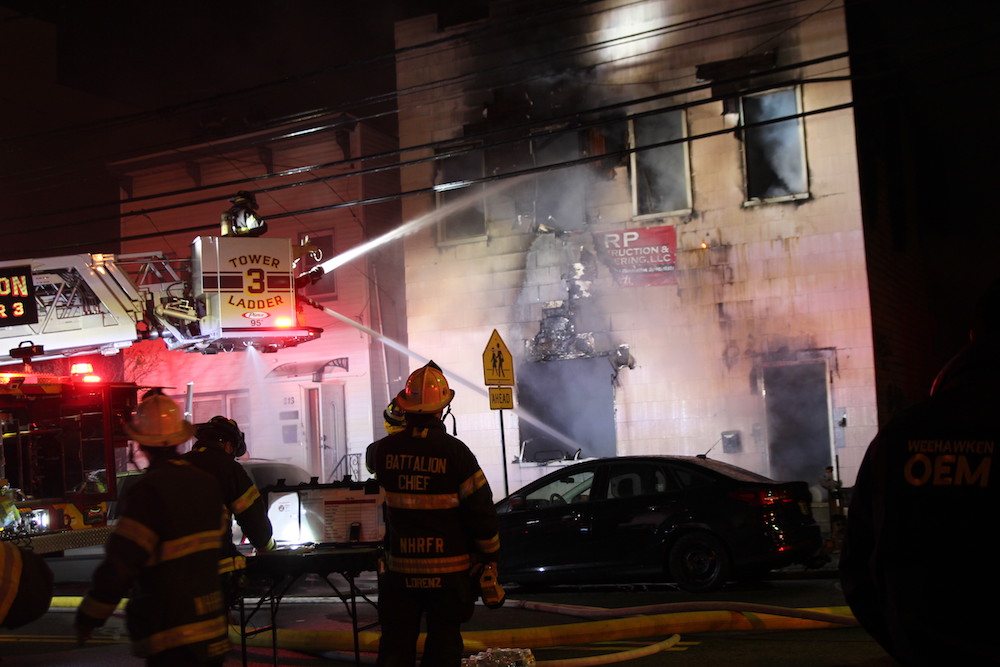 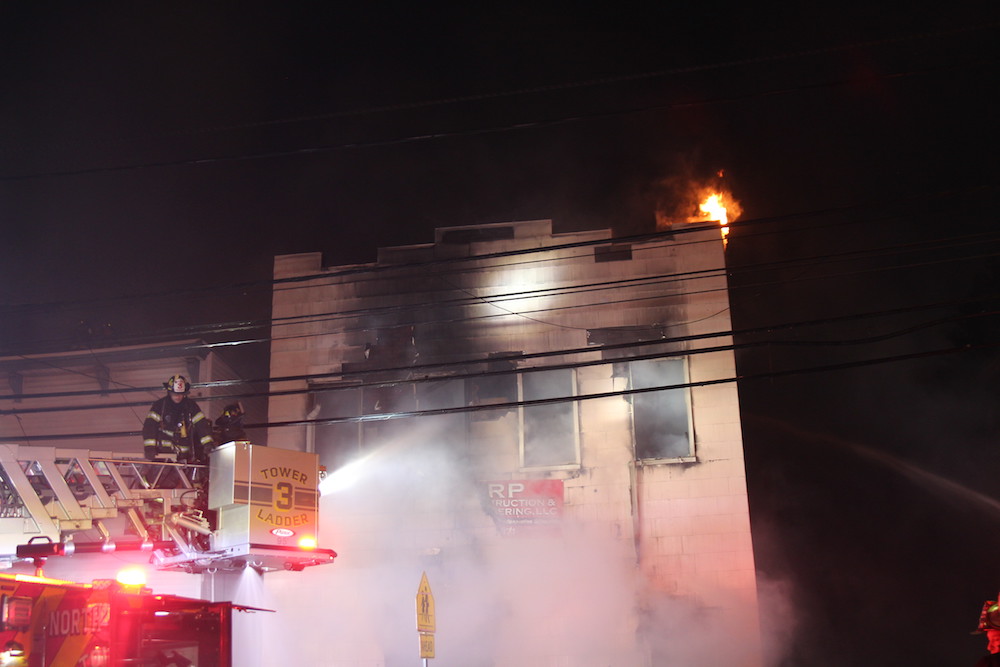 North Hudson firefighters battled a smoky 2-alarm fire shortly after 3 a.m. on Wednesday morning at 215 Hackensack Plank Road in Weehawken.  The two-story building was heavily involved in fire when the first units arrived.  A second-alarm was transmitted by Deputy Chief Charles Thomas and Tower Ladder 3 was put to work in front of the building.  According to the Fire Chief Montagne, the building was vacant but the building next door had to be evacuated. Some firefighters on duty reported very minor injuries.