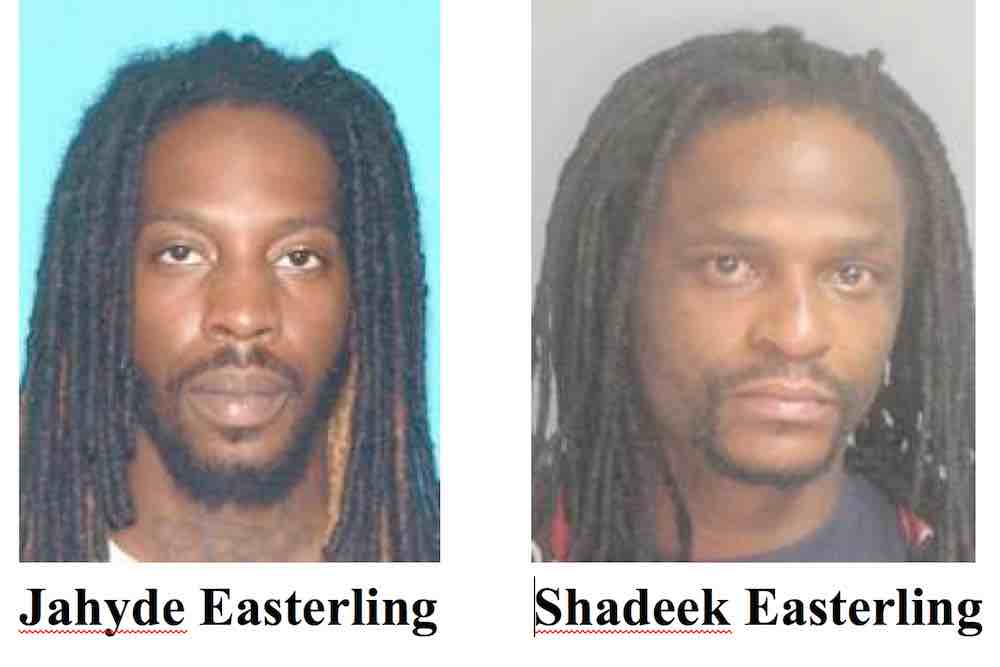 Newark – Acting Essex County Prosecutor Carolyn A. Murray and Irvington Police Director Tracy Bowers announced today that Jahyde  Easterling, 26, of Irvington and Shadeek Easterling, 34, of East Orange have been charged in connection with the murder of Lloyd Brummel, Jr., 38, of Irvington.

On Oct. 25, at approximately 4:35 p.m. Brummel was fatally shot while standing near his work vehicle in the 300 block of Myrtle Avenue in Irvington.

The two Easterlings, who are cousins, were taken into custody today by detectives from the Essex County Prosecutor’s Office and the FBI after warrants were issued for their arrest.

The Honorable Michael L. Ravin, Judge of the Superior Court, set bail for Shadeek Easterling at $1 million with no 10 percent. Bail for Jahyde Easterling was set at $750,000, also with no ten percent. They are currently being held at the Essex County Correctional Facility in Newark.