Sunday morning, about 1:15 am, Port Authority Police on the George Washington Bridge lower level westbound saw a man driving a red 1998 Honda at a low rate of speed. 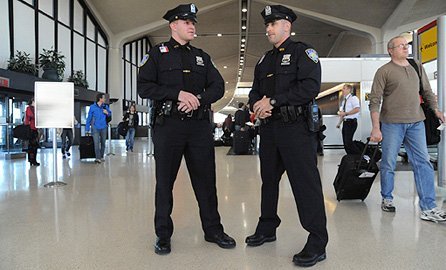 According to Joe Pentangelo, spokesman for the Port Authority Police — the man, Henry Cando of Union City was swerving in and out of his lane, and that’s when the PAPD pulled him over.

“Cando’s eyes were reportedly bloodshot and he had an odor of alcohol about him,” Pentangelo says.

He failed a field sobriety test, lost his balance and a breath test at over .10% BAC.

The 43-year-old was arrested by PAPD and he was charged with DWI, careless driving and traffic summonses.
————————

Then at 3:15 am the same morning Port Authority Police spotted a black, 2016 Toyota sedan driven by Raudy Morel Bueno of Guttenberg traveling westbound on the lower level of the GWB.

Bueno was swerving and failing to stay in the proper lane.

“Port Authority Police in a marked car signaled Bueno to pull over and he ignored the instructions from the officer and continued on,” Pentangelo says.

The 27-year-old exited the bridge and finally came to a stop at a traffic light at Fletcher Avenue in Fort Lee.

When Port Authority Police interviewed Bueno, his face was flushed and he told police he did not have any identification on him. He also failed a field sobriety test.

Bueno was arrested on an active criminal warrant out of Hudson County for child neglect and a suspended license.

He was charged with DWI, contempt of court and driving with a suspended license.